Between 15th and 18th December, an outstanding mathematician, a full member of the Russian Academy of Sciences, Anatoly Fomenko paid a visit to Voronezh State University. The scientist’s visit became a landmark event for the Voronezh mathematical society. 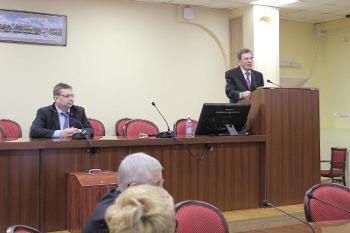 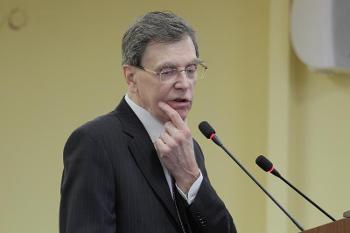 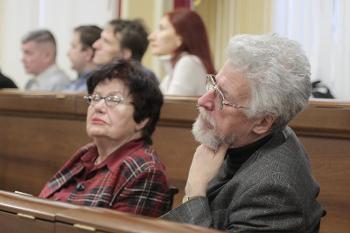 During his visit the scientist gave a lecture for VSU lecturers and students called ‘Hidden Symmetry, Billiards and Mechanics’ dedicated to some problems of the dynamical systems theory. In his speech built on the "simple-to-complex" basis he told the audience about new recently discovered physical systems with many hidden symmetries that enable efficient tracing out of trajectories. However, in many specific cases the system evolution is extremely individual. For example, in some cases of heavy rigid body dynamics in space as it was illustrated by celestial mechanics systems. 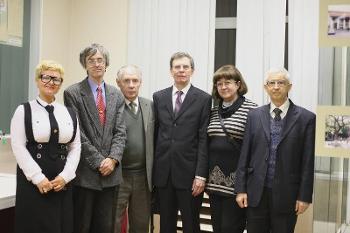 The audience found Anatoly Fomenko’s speech very interesting and asked a lot of puzzled questions, to all of which Anatoly Fomenko gave a very detailed answer.