The First All-Russian Online English Olympiad for non-linguistic majors was held by Amur State University, with participants including students of 25 Russian universities, and the Academy of Public Administration under the aegis of the President of the Republic of Belarus. 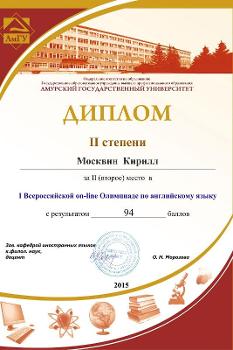