On February 28th, the main building of Voronezh State University hosted an event that brought together the students from every part of the Central Black Earth Region – the Interregional Open Festival of Robotics ROBOART 2016. The event was organised by the VSU Faculty of Applied Mathematics, Informatics and Mechanics, together with the "Experimental Technical School", non-profit autonomous extended education organization, and Angstrem Group.

Roboart is an annual festival. It aims at encouraging interest in science amongst schoolchildren and supporting talented young people. This year, over 8000 school pupils and 200 students from the Voronezh, Belgorod, Orel, Lipetsk, Tambov, Volgograd, Rostov, Chelyabinsk, and Kursk regions, as well as from Moscow, took part in the festival. The total number of visitors was more than 10,000. This is the second time that this festival has been held in Voronezh. The opening ceremony started with a performance of the young drummer girls from the town of Rossosh. 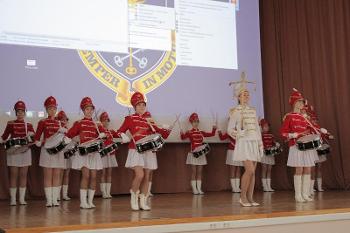 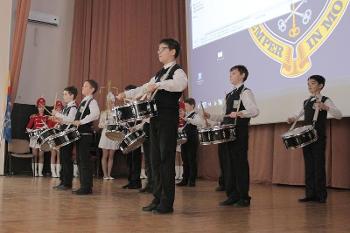 The organisers of the festival gave their welcoming speeches.

– The festival of robotics is a very important event that has already become a tradition in our university. I wish everyone good luck, and hope you will be glad to come here again and again. Our children are the future of our county, and it's our primary task to develop their talents and skills, – said the VSU Rector, Professor Dmitry Endovitsky.

– Today, we are glad to welcome here, at the region's leading university, school pupils who have showed that they are the best in technical creativity and robotic art. Art and creativity influence greatly our mental abilities. What these children are doing now, and what they are going to do, their projects, will soon become a key resource for our country, – said Lyudmila Kulakova, Head of the Department of Education and Youth Policy of the Voronezh Region.

- This year the number of participants and guests has risen, and this means we are doing the right thing, making sure that our children will have a great future. Why do we need Roboarts and Robotics Centres? Because they are a kind of long-term investment in the future of our children. The higher the level of education we give, the more competent and efficient successors we will get. I believe everyone here today is a winner, because robotics broadens your mind and encourages your interest in various aspects of life, – said Vyalta Orekhanova, Head of the Department for Corporate Communications at the Angstrem company.

Alexey Fedotov, Director of the Experimental Technical School, Vladislav Kharlamov, Head of Education Centre of the Russian Association of Educational Robotics, Aleksandr Shashkin, the Dean of the Faculty of Applied Mathematics, Informatics and Mechanics of VSU, and Evgeny Pavlov, Head of the Lipetsk Department of Education, also gave their welcoming speeches to the participants of the event. 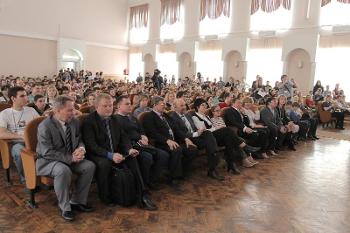 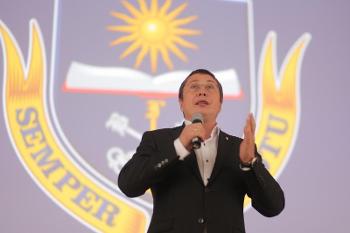 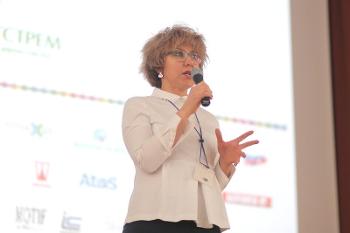 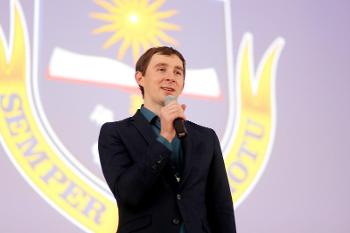 The festival was full of various events, such as robotic competitions in tug-of-war, drag racing, judo, kegelring, trajectory following, and even battles of so called swift brushes (a toothbrush tied to the vibration device of a mobile phone) that were to run in a certain direction and get to the final point faster than the other brushes. Other events included contests of marching and dancing robots, with the participants divided in two groups according to their age – up to 11, and 11–17.

The guests could also watch a spectacular show of scientific experiments by the VSU Creative Science, a team of young people who are keen on science. This time they were assisted by their young trainees - participants of the Entertaining Science project – who, alongside their teachers, performed some experiments on the stage. 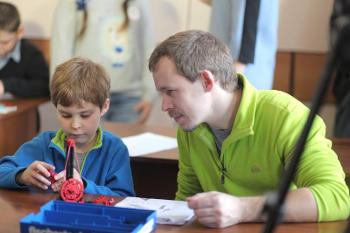 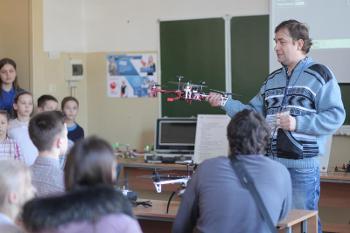 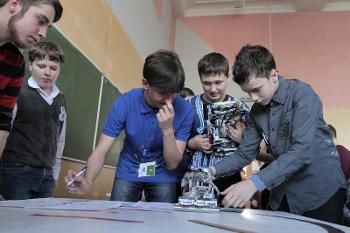 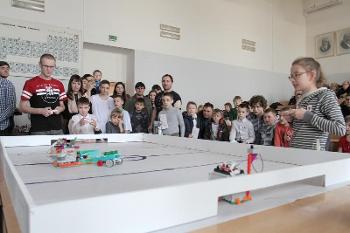 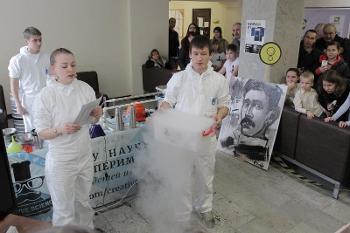 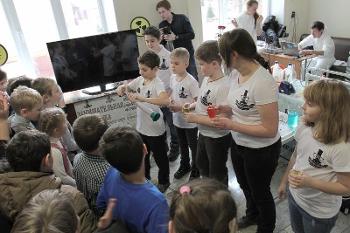 Also, the visitors could try on the cyberhand, a device that, according to its developers, can be used to touch harmful and dangerous objects. This year, the festival also included several special projects for young inventors. Within these projects, the young participants demonstrated their creations – WALL-E's friends – robots made of carton, plastic forks, and CDs. The participants of another project – Life on Mars – showed the devices they'd invented for the Red Planet: a drilling ring and a Mars rover.

– I got interested in robotics about a year ago. This year I presented my Mad Max's Car at the festival. It can drive and use its headlamps. I can’t make engines yet, but I like robotics very much. I'm now working on another car – a sports car. I'm eager to come to next year's festival, – said Kostya Komarov, a school pupil from Volgograd, one of the youngest participants. 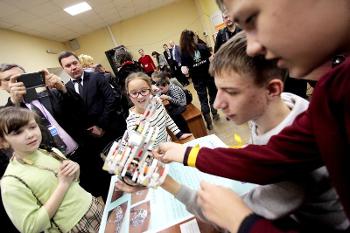 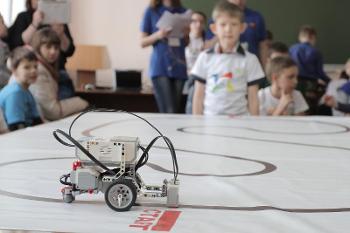 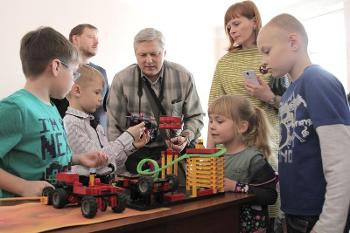 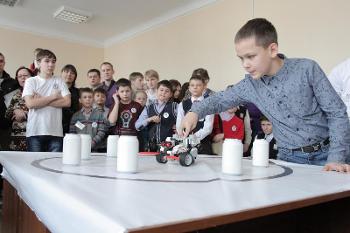 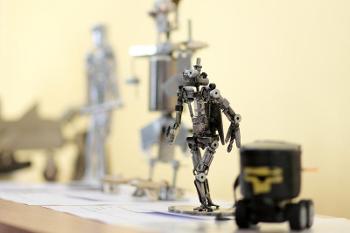 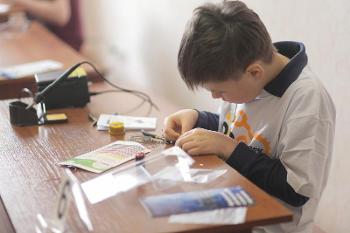 The university gym held a quadrocopter contest and a drag racing competition. Even the youngest guests and participants had an opportunity to visit a number of various workshops in robot programming, robotic science, elementary 3D-modelling, and constructing unmanned drones, as well as the exhibition of exploration robots, industrial robots, toy robots, and mechanisms models. Our guests learned not only about robotics, but about computer graphics as well. Alexey Bogatyrev, director of the Wizart Animation school, gave a master-class in 3D animation, basing on the famous animated movie the Snow Queen. 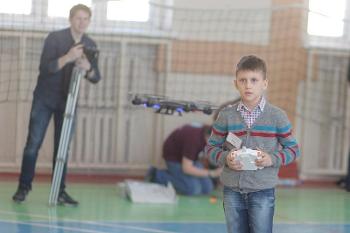 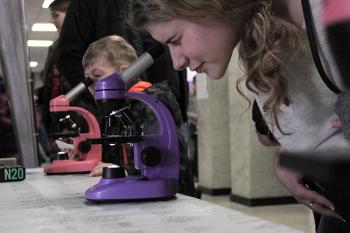 At the end of the festival, there was a grand award ceremony for winners in all the categories. 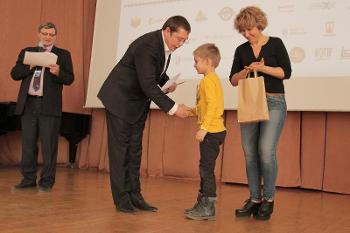 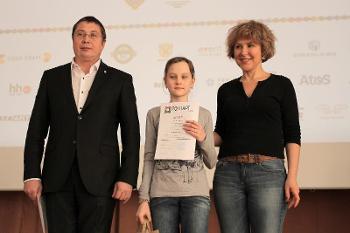 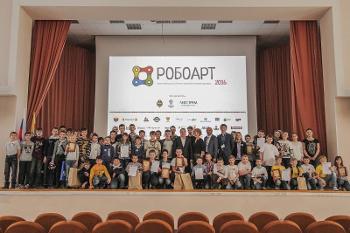