Among teams that had successfully passed the qualifying round were four teams from VSU comprised of graduate and undergraduate students from the Faculty of Applied Mathematics, Informatics, and Mechanics and the Faculty of Computer Sciences. According to the rules of the championship thanks to the success of VSU teams in last year competitions our university had a right to send one more team to participate in the quarter-final this year. 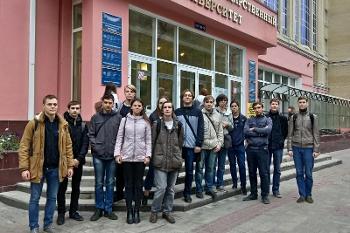 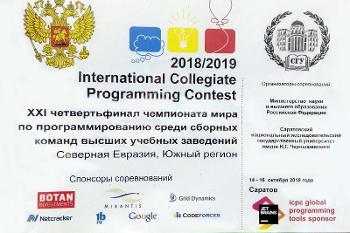 The participation of our teams in the programming world championship for student’s teams became possible because of the sponsorship of the Reksoft company and the participants of the competition express their gratitude and deep appreciation to it.

We congratulate our students on their success in the quarter-final and wish them good luck in the semi-final!