A joint development of scientists from Voronezh State University and Burdenko Voronezh State Medical University "Device for cardio-respiratory analysis and a method to estimate cardio-respiratory state" enters the top 100 of the best inventions in Russia in the area "Medicine and medical equipment". Annually, this list is made by specialists from Rospatent. The team of authors is comprised of the Head of the Department of  Digital Technologies of the Faculty of Computer Sciences of Voronezh State University, Sergey Kurgalin, an assistant at the department, Alexey Maksimov, and staff members from Burdenko Voronezh State Medical University headed by the Vice-Rector for Research and Innovation Activities, Andrey Budnevsky. 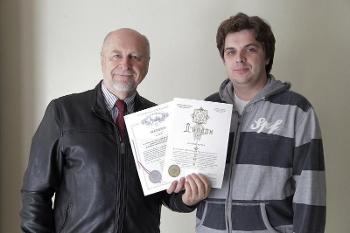 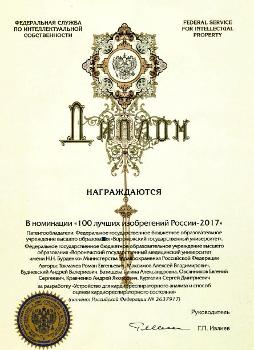 In 2017, the researchers received a patent for their development. Last year, this patent was included in the national list "Promising inventions in top-priority areas of science and technology (critical technologies)".

The development allows measuring the parameters of cardiovascular and respiratory systems of a person under functional load without using any costly or space-consuming equipment (treadmills or exercise bikes) and increasing the accuracy of such measurements compared to traditional methods. The practical significance of the device is due to its ability to increase the valuation level of a person's functional state, to predict cardio-vascular diseases, to objectively assess the efficiency of the current treatment, and to determine the range of the patient's rehabilitation potential.

"Diagnostics and prevention of cardio-vascular diseases especially among elderly patients play an important role in the modern medicine. However, access to expensive equipment is limited in some locations, especially at rural paramedic stations and small hospitals in regional centres. Our goal was to create an inexpensive device which could replace the existing methods of cardio-vascular system assessment," - said Alexey Maksimov.

Devices that have the same function as the developed device are ECG equipment with a functional load, i.e. a treadmill or an exercise bike. However, the development has a number of advantages over them. It is less costly and does not require a separate room to be installed in. The device is mobile, easy to move and use.