Pharmacy of the future 2019 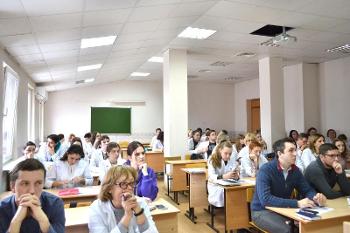 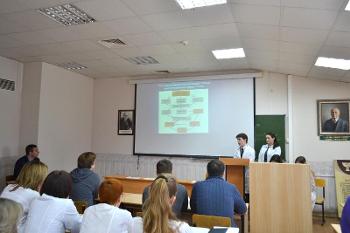 The welcoming speech was given by the Dean of the Faculty of Pharmaceutics, Alexey Slivkin, the Head of the Department Economics and Management in Pharmaceutics and Pharmacognosy, First Vice-Rector for Academic Affairs, Elena Chupandina, and Vice Rector for Research and Innovations, Oleg Kozaderov. Among the members of the jury were lecturers from the Faculty of Pharmaceutics, prospective employers, students from the Faculty of Applied Mathematics, Informatics, and Mechanics, and representatives of the company DataArt. They evaluated the projects for originality and their chances of being implemented in real life.

Third place was taken by Vera Avdeyeva for her project “A Program for Pharmaceutical Examination of Pre-Scanned Prescriptions”. Second place was given to Ludmila Dolmatova and her project “3D Printing Technology as a Key to the Transformation of Compounding Pharmacies”. The winner of the competition was Anastasia Batistcheva who suggested providing each prescription with an individual QR-code which patients will have to use in a chemists’ delivery terminal to get the prescribed medicine. Among other ideas presented at the competition were the modernisation of the resources of the physic garden in the VSU Botanical Garden, the creation of Cyber pharmacist software, and others.

At the end of the competition, all the participants received certificates, and the winners got special certificates and souvenirs. 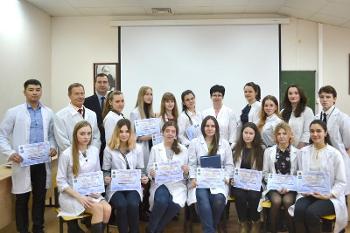