Voronezh State University was included in the ranking of 67 English versions of Russian university websites. VSU improved its positions and took 18th place in Russia, which is six positions higher than the previous year. 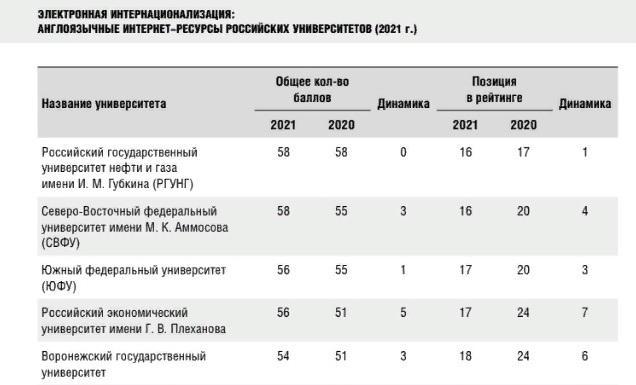 The ranking was prepared by the Russian International Affairs Council. According to the study, the English version of the VSU website got 54 points (3 points higher than in 2020). Among the top three universities are Higher School of Economics, Yeltsin Ural Federal University, and Saint Petersburg University of Information Technologies, Mechanics, and Optics.