A student from the Faculty of International Relations is a participant of the international forum “Russia – Africa. What’s next?” 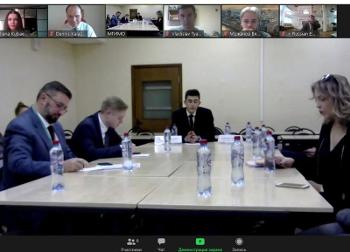 Among the speakers at the event were Chol Tong Mayay Jang, Ambassador Extraordinary and Plenipotentiary of Sudan in the Russian Federation, Denis Kalashnikov, senior lecturer at the Department of World Economy at the Moscow State Institute of International Relations of the Russian Ministry of Foreign Affairs, and Sergey Vasiliev, expert of the Scientific Council of the Russian Academy of Sciences. 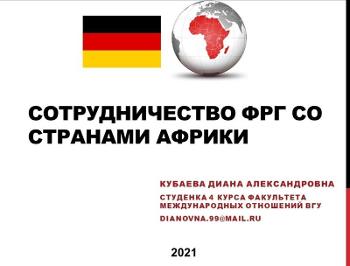 The discussion was dedicated to strategic areas of cooperation between Russia and China, Japan, France, Germany, and African countries. Diana Kubaeva gave a report that presented an analysis of contemporary Germanic and African relations. During the discussion, special attention was paid to the prospects of cooperation between world’s powers and the African continent.