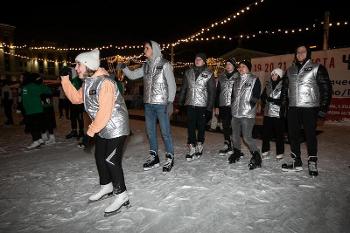 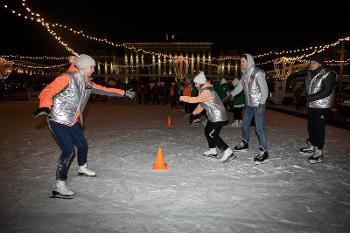 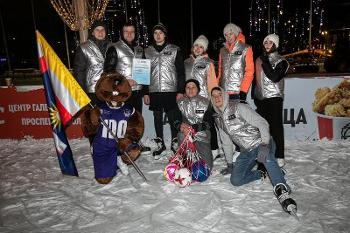 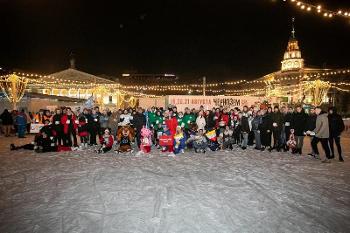 During the opening ceremony each team skated with the banner of their university, then the anthem of the Russian Federation was played, and all the participants stood along one of the rink's boards to honour the Russian flag.

The participants were welcomed by the officials who attended the event: Alexander Sysoev, Vice-President of the Russian Students’ Sports Union and Rector of the Voronezh Academy of Sports, and Alexander Chistyakov, Chairman of the Permanent Committee for Physical Culture, Youth Affairs, and Sports of the Voronezh Duma.

Daria Berdnikova, a first-year student of the college of Voronezh State Sports Academy and winner of the regional figure skating competitions, gave a performance, and the Ekoniva-Bobrov hockey team held a workshop for the students. Ice relay races among university teams began right after that. Nine teams were divided into groups of three by drawing lots and identified the strongest participant in each team. During the relay races, students had to zigzag between the cones while staying ahead of their competitors, reach their teams using figure skating elements called “flashlight” and “swallow”, and lead the puck on the ice for 20 metres without losing it. The dancing competition was the last part of the event. All teams joined into a big circle and skated on the ice.