On November 1–4 Voronezh State University delegation headed by rector Dmitry Endovitsky took part in China Education Expo 2013 in Beijing (China). Among the participants were the world leading universities from USA, Europe, Australia, Asia and Russia. The VSU pavilion appeared to be one of the most interesting and attracted a lot of visitors and representatives from various countries. The University presentation was organized with the help of the VSU rep office, which has been functioning in China for 6 years. 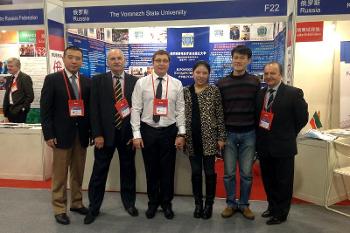 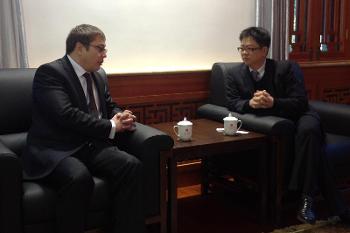 At the meeting with the head of State Administration of Foreign Experts Affairs, PRC, which also took place in Beijing, many important issues were discussed and a new 2-year plan determined. The Chinese party was pleased with the high level of training organization for Chinese specialists in Russia and actively supported the idea of establishing Centers of Russian language and culture in China. 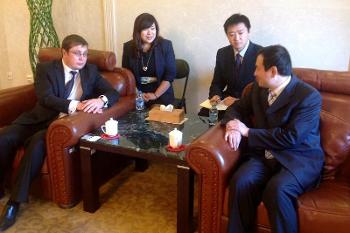 A series of meetings was held in Qiongzhou University in Sanya city (三亚学 院). Among the results are agreements on the opportunity for Chinese bachelors to enter VSU master’s programs and on the training programs and practical studies at VSU for the students of Qiongzhou University Foreing languages and Tourism Management Departments. Training hotel managers from Sanya at VSU is beneficial for both parties: during their study the managers will improve their Russian, which will provide for better service for Russian tourists coming to Hainan Island. 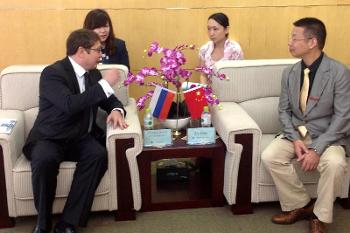 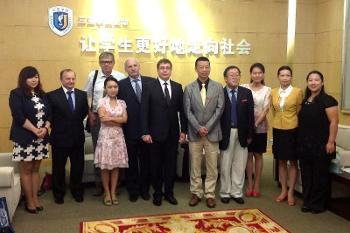 Our delegation has now moved to Shenzhen to take part in International Training Programs Expo on November 5–8, where over 2000 world leading schools of further vocational education from many countries will be represented. VSU participates in this event not for the first time – in 2010 the University rector was the one to open the exhibition.