Ann Cooper – Professor of the Columbia University Graduate School of Journalism, and William Stevens – Press Attaché of the Embassy of the United States of America in the Russian Federation visited the Faculty of Journalism of Voronezh State University on 21st October. 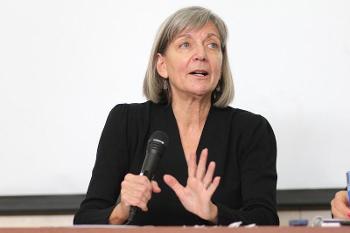 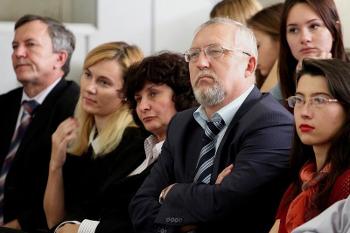 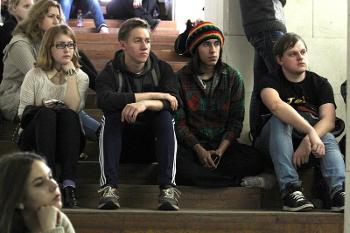 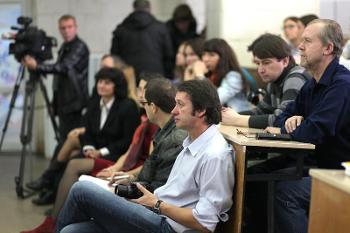 The visit of the American delegation began with Ann Cooper taking part in filming the "Meetings at the Faculty of Journalism" programme, where she talked to the Dean of the Faculty – Vladimir Tulupov – about the evolution of journalism and social media in the USA, training professional journalists, and the skills and abilities necessary for anyone working in mass meda.

After that, we were able to ask Ms Cooper a few questions:

– What personal and professional skills and abilities should one possess in order to achieve success in journalism?

– First of all, you'd have to be a very curious person – enough to want to know about the world around you and what's going on; you also have to be a little bit sceptical and willing to listen to all kinds of people and points of view.  You have to think it through and try to verify all the information that you are getting, and report the truth as you are able to find it. All journalists learn and develop their skills throughout their lives.

During the talk, Ann Cooper told us about her predictions concerning the future of social media.

– Social media is very popular with many people all over the world. I think it's just going to grow. In the years ahead, someone could come up with something completely different that we haven't even thought of yet, and that might become a new form of social media. It's not safe to predict what's going to happen, except that there will always be change.

Additionally, the journalist answered some questions concerning the status of reporters in Ukraine.

Like any conflict, the conflict in Ukraine definitely poses dangers for journalists. It's important for all sides in the conflict to respect the right of journalists to be there and report. The journalists are our eyes and ears – that's how the rest of the world finds out what's going on. If they cannot freely and safely do their jobs, then, ultimately, all of us lose – we don't know what's going on, we can't get any information. All journalists have the right to be there to report, and they need to be able to do that safely and freely.

After that, Ann Cooper talked to the students and lecturers of the Faculty of Journalism about the social media and their influence on American journalism, and answered the audience's questions. 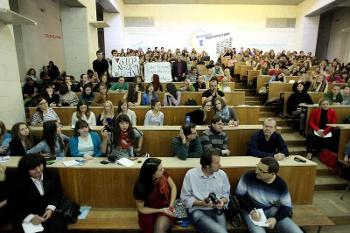 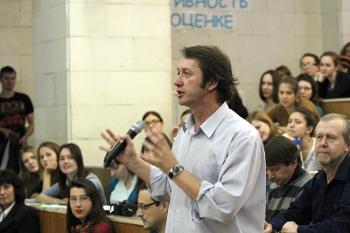 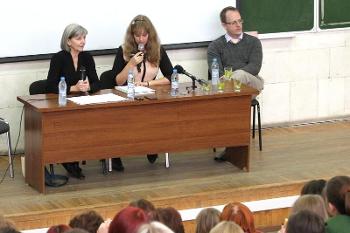 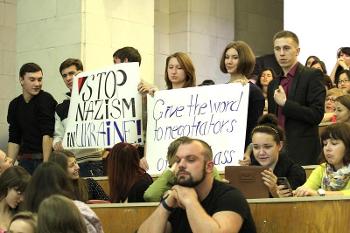 At the meeting, there were a few students from south-east Ukraine who had prepared some burning questions accompanied by posters.  However, William Stevens – Press Attaché of the Embassy of the United States of America in the Russian Federation – who was also present at the event, did not take part in the discussion.

– Does the global community pay enough attention to the conditions that the journalists are in due to the Ukrainian conflict? How important is this problem for the USA?

– I think there's quite a lot of international attention on the events in Ukraine. Here in Russia, obviously, it is central to your concerns and this is huge news for you. But I can say that it is also reported about every day a great deal in the US and other countries. And I think there is a great deal of concern about press freedom and about the safety of journalists who are trying to report on this conflict. I used to work for a group called the Committee to Protect Journalists, and they have tried to document the various issues around the reporting in Ukraine.

– Is there an information war going on now between Russia and the United States over what is happeningin south-east Ukraine?

– I don't see it as an information war. There are a lot of sources where one can get information. There is a lot of reporting about Ukraine in the US media and the media all over the world, and there's an attempt to try to report different viewpoints as thoroughly as possible in the circumstances – it can be dangerous to be in some of the places in the conflict zone.