On 23rd November, participants of the Creative Science Team – undergraduates and postgraduates of Physical and Chemical Faculties of Voronezh State University – launched their project Entertaining Science. This project involves 6 lessons organised for Voronezh school students of grades 5–7 which will take place every Wednesday and Sunday of 2014 in the book club "Petrovski". 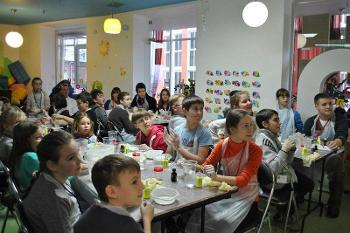 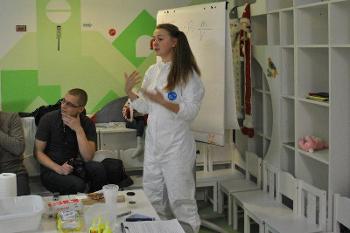 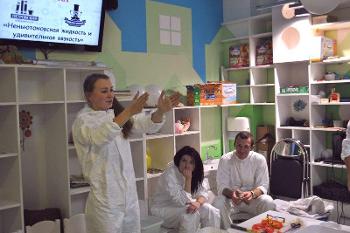 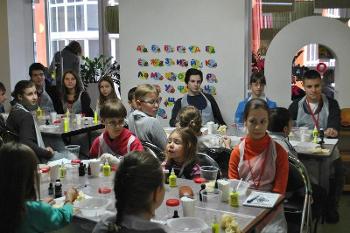 The first lesson was on properties of non-Newtonian fluids. More than 20 young scientists performed their experiments in an improvised laboratory in front of students, parents and Media representatives. The first part of the class was dedicated to basic knowledge about physical processes these fluids are involved in, and then every student tried to make their own non-Newtonian fluid by means of two different methods.

First, following a specially developed recipe, the pupils made a mixture from water and starch. To everyone's great surprise under slight physical impact this substance behaved as a liquid, whereas under strong physical impact it behaved as a solid. The second method involved making a substance simply by using school glue. The experimenters were allowed to take the produced non-Newtonian fluids with them for further investigation.