Interns from the Institute of International Education's Department of the Russian language for international students gave a great performance at the 4th online festival "There is no country like this..." held annually by Moscow State University.

Three of our students made it to the final of the festival with Xu Chzhichzhen (Shanghai, China) becoming the festival's winner, and Qzi ChenChen (Qingdao, China) and Chzhao E (Qingdao, China) – its laureates. Xu Chzhichzhen presented the literature of Voronezh at the festival – walking through the streets he recited poetry by Voronezh poets. Qzi ChenChen was highly impressed by the numerous monuments to those who gloriously defended the city during the World War II. Chzhao E presented the Voronezh region folk customs and performed a Yule-song. While preparing for the festival, the students got help and support from their teachers – Ekaterina Orekhova, Alexandra Lebedeva, and Oxana Shapovalova. 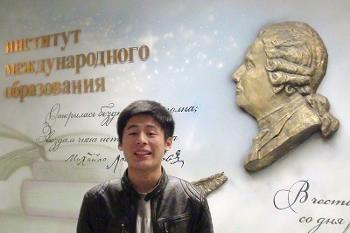 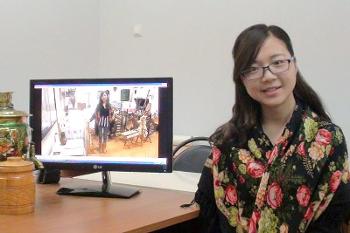 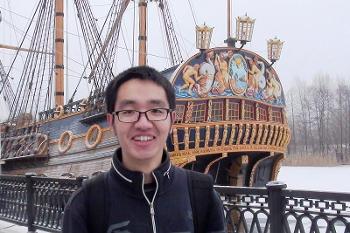 The festival traditionally consists of two parts – the selection part, and the final. At the selection, it was suggested that students write an essay about the city they study in. Then the best essays (from one to three from each university) were sent to the festival's organizing committee.  The final part was held in the form of an online presentation where international students from the leading Russian universities performed songs, poems and presented their own stories about the Russian cities they live in or have visited.

– Thanks to the festival, our students have learned more about the city, and also got a chance to show their talents and feel themselves part of the great international community united by the Russian language. We are glad that by taking part in the festival our interns got more experience and great memories of Russia, – said Ekaterina Orekhova and Alexandra Lebedeva.

You can find video here: