'We continue a wonderful tradition of inviting to our university people who are famous in Russia or internationally. It is the fifth time that Irish ambassadors have visited our university which shows the long history of our cooperation with this country,' said VSU Rector Professor Dmitri Endovitsky. 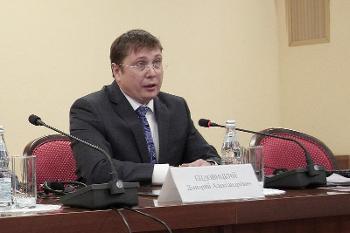 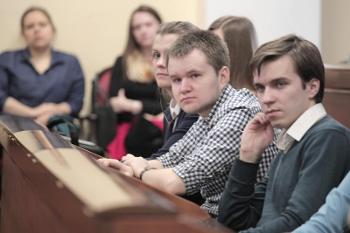 In his lecture the Ambassador tried to give a comprehensive overview of the topic. He talked about Irish history, explaining how long and difficult was its way to winning independence. He described in detail challenges Irish governments have come across since the day of its establishment, economic crises they have experienced and solutions that have been used. One of the central issues discussed by His Excellency was the importance of the European Union for world politics.

In the end of the lecture senior management of Voronezh State University and the Ambassador of Ireland signed a memorandum of intentions that is aimed at strengthening their long lasting and fruitful cooperation. 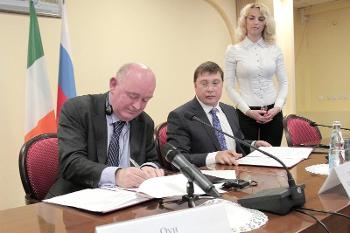 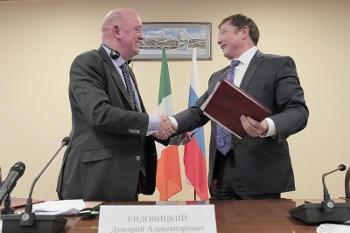 After that His Excellency Mr.Owen O’Leary answered questions from the audience. The first question was from VSU Rector Dmitri Endovitsky:

‘Ireland seems to possess a very strong feeling of independence and self-determination. Could you, please, tell us how the population of Ireland took the Scottish Referendum?'

'I believe the majority of the Irish would support the Scots, as we have always been in favour of independence and have come across similar hardships. Unlike the Irish experience of the independence movement the situation in Scotland has been fairly peaceful and stable both before and after the Referendum. It shows that British politics has changed greatly. Even though Irish ambassadors, government and most of the politicians refused to comment on the event, all of them respect the decision Scotland has made'.

'What is your opinion on the strong influence that the USA has on EU foreign policy which makes the EU a dependant player?'

‘Economic relations between the EU and the USA are quite good. As for foreign policy, it is always a source for many disputes. As you remember, when the USA and the allies had military operations against Iraq – France and Germany very strongly stated their opposition. Views differ not only between the EU and the USA but also within the EU. The EU is a multi level union, from a national point of view. No decision can be made in EU if there is no unanimity between all European states. And it is quite silly to believe that the EU agenda is set by the USA. The relationship is quite complicated and Europe, without doubt, is independent in this. Some European states see America as a runaway child, because the USA is a country that was created by representatives of different nationalities that went to America to find a new home.' 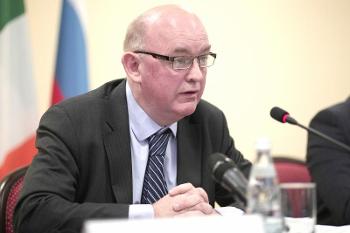 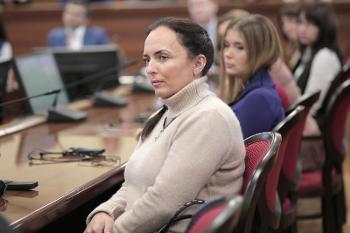 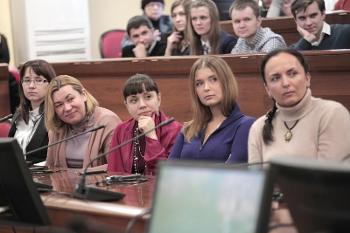 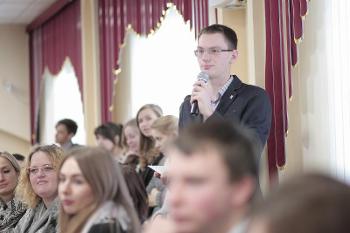 'Your Excellency, why do you think the European Union politically, morally and financially support the coup d'etat in Ukraine?'

'Of course, this is a hot issue today. The EU have never approved Ukraine's claim for membership. The situation needs serious discussion and it is a multiparty problem. The situation in Ukraine is very difficult: the banking system has collapsed, there is a high level of unemployment, and hospital financing is cut off. Ukraine is not ready to become an EU member at the moment. I believe that first of all, we should start a three party discussion between Ukraine, the EU and Russia. And the recent Minsk agreement is a good platform for peaceful settlement of the conflict. We have been discussing very actively a new partnership format for the EU and Russia and the sooner peace is established in Ukraine the sooner we can start developing our fruitful partnership.'

'Yesterday you had a meeting with Voronezh Region Governor Aleksei Gordeyev and discussed organisation of a Voronezh State University-based Russian-Irish IT Forum. Do you think it will be held?'

'Without a doubt. As soon as I get back to the Embassy I will get down to arrangement of this interesting and promising project.'

'Your Excellency, why don’t European Union members take steps to influence the situation in Ukraine?'

'I was born in a country that experienced a very long period of conflict and managed to leave it behind. The best way to settle any dispute is to negotiate and communicate. I do not want to understate you’re feelings of bitterness and irritation but still there is only one way out from the situation in Ukraine: both parties should halt and come to the negotiating table. Hopefully, the Minsk agreement will not only be on paper but will result in action on the ground and stop aggression from both parties.' 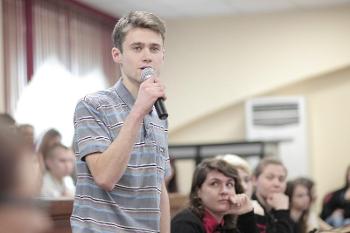 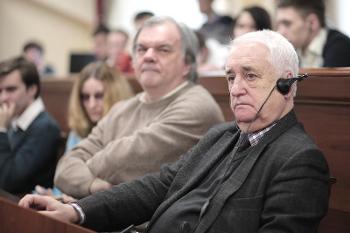 'What is Irish nationalism for you – God’s blessing, a salvation, or a curse?'

'Irish nationalism is in our blood it is in our DNA. It differs from nationalism as it’s usually seen. The government should channel the activity of nationalists' for the benefit of the country and curb any aggression that it can bring.'

'What does the memorandum you have signed today mean for Ireland?'

'Without doubt it means a strengthening of our cooperation as Ireland and Voronezh State University have a very long history. We have been working for a long time with the Head of the VSU Irish Centre Professor Aleksandr Miroshnikov who is finishing the second part of his book dedicated to Irish history.'

'What impression have you had of the University and the students?'

'A very positive impression.  Voronezh has absolutely proved its status of an academic city. I have learnt that it has a population of 1 million and over 140 thousand students. The students asked very reasonable questions that gave food for thought.'

'What prospects of cooperation between Voronezh State University and Irish universities do you see after today's visit?'

'We have not specified any plans yet but we have lots of ideas. Organisation of the Forum is a proven form of cooperation – we have had a similar event in Moscow. As for other projects, more ideas will be suggested and both parties will work on their development. Of course, as far as universities are concerned, the Embassy can only introduce universities to each other and that is exactly what is stated in the memorandum we have signed today.' 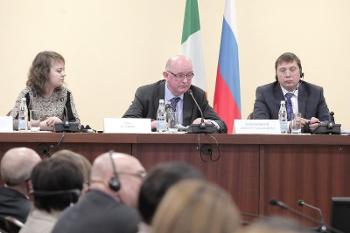 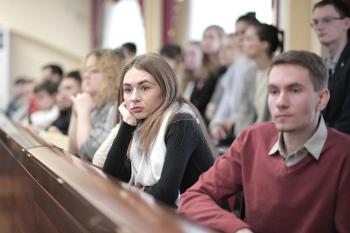 ‘Ireland is famous for its struggle for independence. What do you think about Donbass fighting for its independence?'

‘If I am not mistaken, no country has ever supported Donbass independence. So there is no controversy on this subject. Possible disputes are to do with Russia's part in this conflict: can it do more to stop the conflict. And, of course, the Crimea issue is still very controversial.'

'I do not think that my objective is to teach Russian youth to believe in things that I believe in, my task is to represent Ireland in Russia. I know that there are discussions about family values both in Russia and in Ireland. For example, abortion is still against the law in Ireland. What is more, to get a divorce a couple should be separated for five years. As for my talk today at the University, I do not think I had enough time to brainwash the students and change their opinions in some way. Exchanging opinions and views is very important – it helps people from different countries understand each other better.' 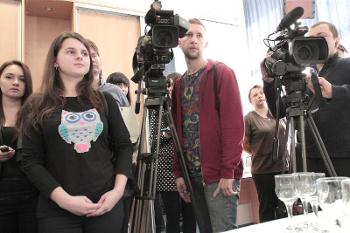 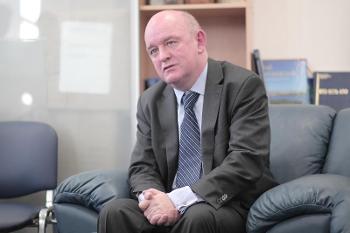 'How would you summarise your visit to Voronezh?'

'I am very satisfied. This three day programme was very intense. Yesterday I met the governor, today I learnt about your university. I have noticed that Voronezh is a fast developing city especially in agriculture and IT.