On 26 April, the results of the annual Festival of the Russian Radio Industry "Vmeste Radio" were announced. "Vmeste Radio" is a large and long-lived project organised by the Independent Radio Foundation.

Every year, about 1000 regional broadcasters take part in the event. Editors and journalists of the most valued national radio stations such as "Ekho Mosckvy", "Kommersant FM", "Mayak" and others judge the participants' works. During the year the festival experts listened to entries by various radio stations from seven Russian federal districts.

In the Central federal district the programme of Natalia Gaag, the editor of the student radio Navigator of the Faculty of Journalism of Voronezh State University got the first prize in the nomination "Report". 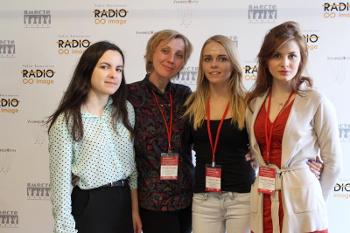 In the framework of the festival the project "UniverCity" is implemented. It is aimed at unifying student radio stations and creating a platform that enables development and creation of new university radio and TV programmes. This year had a record number of applications submitted by representatives of the leading national universities: 260 entries in 9 nominations. The works were judged by editors, journalists and designers of Moscow media.

Traditional workshops and master classes by the leading journalists, audio operators, actors, editors of Russian and foreign media were also held within the festival.