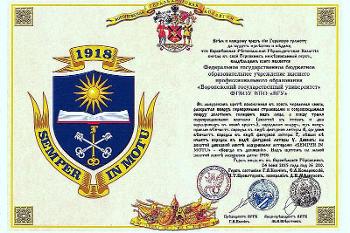 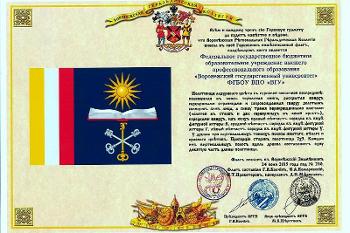 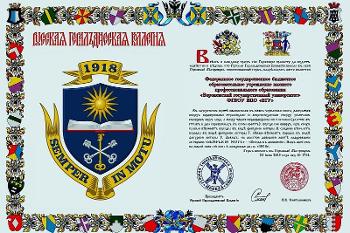 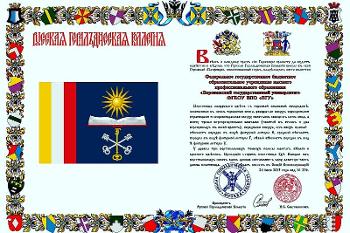 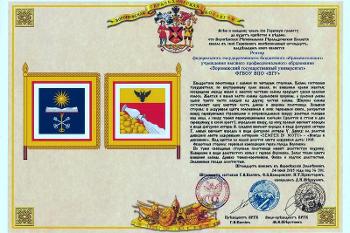 The new symbols were designed following the requirements of the international heraldry rules and with due respect to the former VSU symbols. The new symbols, thus, follow the European heraldry traditions, the Russian heraldry traditions, and the VSU traditions conserved by its students and teachers. Yellow, white and red bands on the new coat of arms and the standard are the same as on the coat of arms of the Voronezh Region, and denote the geographical location of the University.