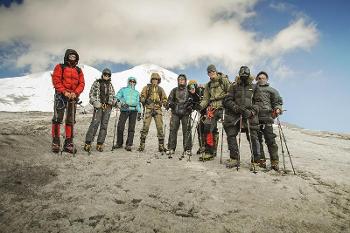 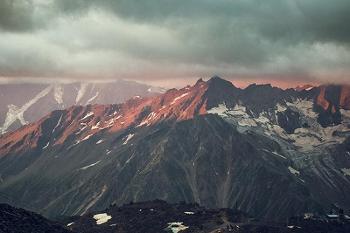 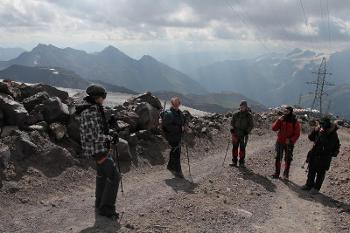 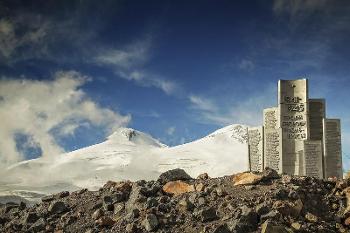 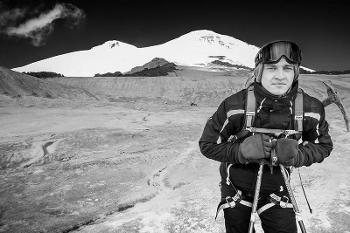 Nikolay Sereda told us about the expedition and the difficulties the team had to overcome:

'On 17th August we arrived at the foot of the mountain and the very same day we climbed to an altitude of 3,800 meters and stopped at the intermediate camp Gara-Bashi. That was our base camp. In the morning of 18th August we descended to the foot of the mountain, to the opening of Azau where we started our 3,800 climb on foot. It was our first climbing training session that took place in the mountains. On the second day of the expedition we climbed to an altitude of 4,400 metres as far as the Pastukhov rocks. The second training session was much harder than the first one because we were crossing a bare glacier in full gear with crampons and cobra hammers. This training session was very similar to real mountain climbing. The next day we had rest – we just went down from an altitude of 3,800 meters to 3,500 meters. Nobody suffered a lot from the altitude, though we all had headaches. The cloudy weather in Elbrus which lasted throughout the expedition made our climbing even more difficult: every day the peak was covered with cloud, the wind was violent – up to 70m/s with ice chips, and the visibility was about 2 metres. On Friday, August 21st, at 3am we started the ascent. Three people out of our team reached the peak – a member of the tourist club 'Belaya Gora' Vladimir Katyrin, our instructor Igor Rogachyev and a representative of the Federation for Tourism. They climbed the peak with the flag of the Joint Students' Board of VSU. Other team participants reached an altitude of 5,200–5,300 meters but due to strong wind and acute mountain sickness had to get back to the base camp. When the rest of the team returned to the base camp, we put our signatures on the flag, and left it in the Gara-Bashi base as a memento'. 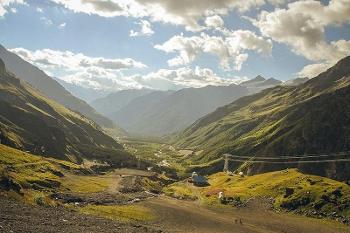 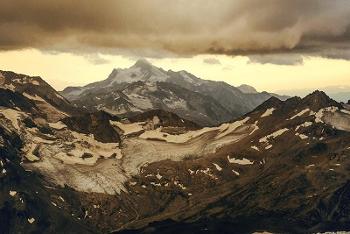 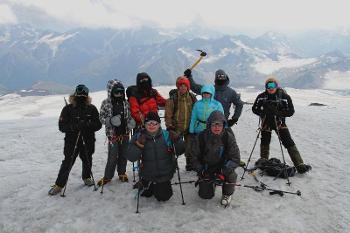 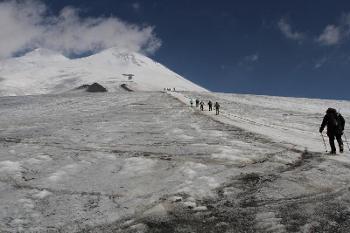 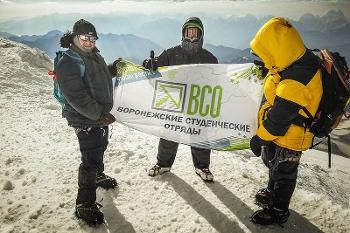 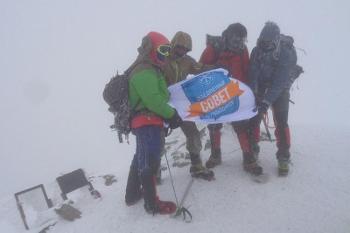 I felt both happy and disappointed. We had spent nine months preparing for the expedition, and yet it appeared that it was not enough to reach the summit. Before the ascent I got acute mountain sickness and could not go to the very end with the others. I decided against taking the risk, all the more so as the weather conditions were not favourable. However, our guide told me that Elbrus has been there for thousands of years and it will be there for another thousand. So I decided to train more and attempt the summit again, this time not as a VSU student, but on my own. Many people have succeeded in it, though not at their first attempt,' - said Nikolay. 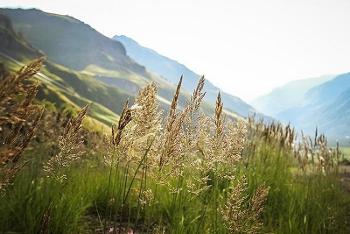 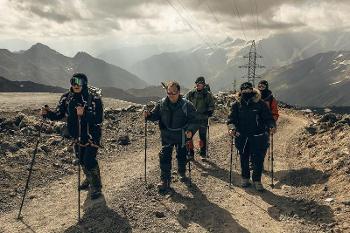 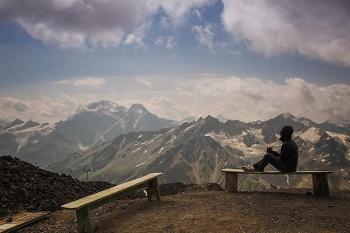