A new stage of cooperation between Russia and France: Voronezh State University and High Institute of Commerce (Paris) will train executives

On 23rd September, a foreign delegation headed by the French Counsellor of International Economics, the president of the international commission MEDEF Philippe Verbert visited the university. The main goal of the visit was to discuss collaboration between Russia and France with regard to implementation of joint vocational education programmes. 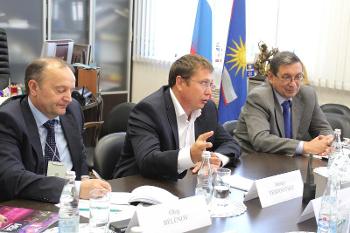 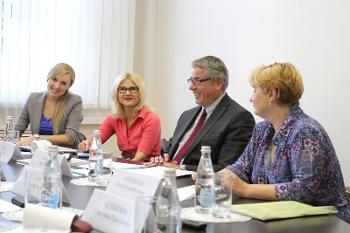 'Voronezh State University has quite a number of contacts with French universities. For example we have signed agreements with eight institutes and universities. The French culture centre Alliance Francaise is being built in Voronezh under supervision of the Head of the Department of French Philology of the Faculty of Romance and Germanic Philology and the Director of the Regional French Centre Elena Alekseyeva. Voronezh is a student capital – it has a population of 1 million and over 140 thousand students. Students from 75 constituent territories of the Russian Federation study at our university. We also offer opportunities of global education: we have joint double degree programmes with universities of Germany, the USA, France, Spain, and Italy. However, we are facing a challenge of teaching foreign languages to students and lecturers. The interest in foreign language can be partly explained by attraction of international businesses to Voronezh, for example after the visit to VSU of the former Ambassador Extraordinary and Plenipotentiary of the Federal Republic of Germany to the Russian Federation Ulrich Brandenburg. His visit was followed by opening of the branches of such companies as Siemens, T-Systems which led to increasing interest in learning German language', said the VSU Rector Dmitry Endovitsky in his welcome speech. 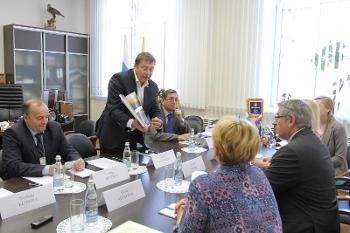 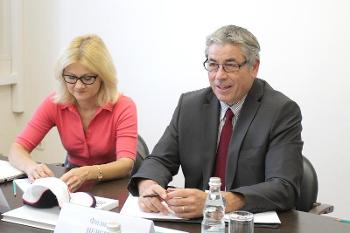 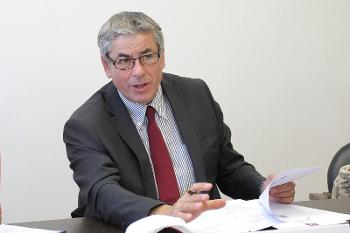 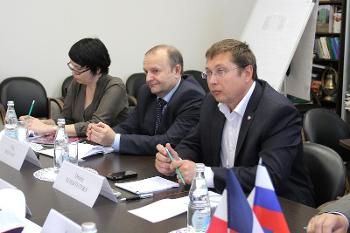 'The present geopolitical environment should not affect knowledge exchange. That is why I would like to have a detailed discussion of our cooperation with regard to managers retraining programmes. The High Institute of Commerce of Paris (Commerce School) has a lot of experience in such programmes. Among Russian partners of the Institute are Samara Institute of the Higher School of Privatization and Entrepreneurship (master's programmes) and the School of International Business in Samara (MBA programmes). We would like to expand our experience with colleagues from Samara to Voronezh university', said Philippe Verbert.

He suggested activating the cooperation scheme for retraining programmes aimed at businesspeople, mid-level and top managers (MBA degree) and developing an agreement regarding joint master's double degree programme that will offer an opportunity to study commerce and marketing both in Voronezh and Paris. 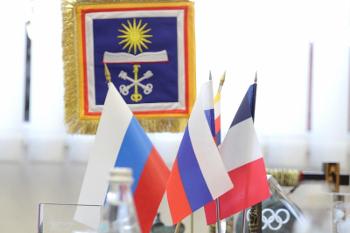 Dmitry Endovitsky was very positive about the guests' initiative and suggested establishing a pilot project of a VSU-based joint master's double degree programme. As a next step he proposed to create a VSU-based international council that would supervise the programme, headed by the President of the International Committee MEDEF Philippe Verbert and comprised of the Heads of Russian and French business community. The meeting concluded with a discussion of IT cooperation opportunities.

After the meeting in the Rector's office the French delegation visited VSU History Museum and Book Museum.