Our University has every right to celebrate this day as in 2013 the executive producer of the Wizart Animation studio Vladimir Nikolaev (a graduate of the Faculty of History), and VSU rector Dmitry Endovitsky, supported by the governor of the Voronezh Region Alexey Gordeev, established a VSU-based Wizart Animation school, which is now headed by Alexey Bogatyrev, a graduate of the Faculty of Applied Mathematics and Mechanics.

Teachers at this school are the best workers and senior managers of the Wizart Animation studio, who have worked on many large projects. They teach their students the animation basics, and explain to them how to model, set lights, render, make sculptures, compose, make visual effects, etc.

Today, Wizart Animation is one of the most successful and progressive animation studios in Russia. It produces animated films and series that are popular both in Russia and internationally, such as Wolves and Sheep and the Snow Queen. The studio uses the most progressive techniques and creates wonderful and touching films that are good for children as well as for their parents. The high quality of the studio's production can be shown by the fact that it is now collaborating with Robert Lence – an outstanding animation artist.

– Wizart Animation – is a unique project. In fact, it is an example of a successful start-up. The films produced by the studio are now run in Europe and Asia and even in China (for the first time in the history of Russian animation). The project demonstrates the advantages of the Triple Helix model (partnership between government, companies and education). “I'm proud that here, at the Wizart Animation school, we can train future animation artists. I'm sure they have brilliant prospects, and we'll hear about them not once in the future” – said Dmitry Endovitsky. 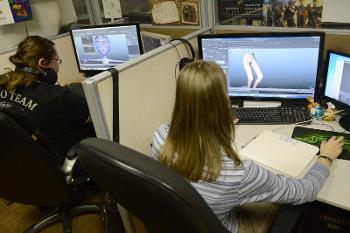 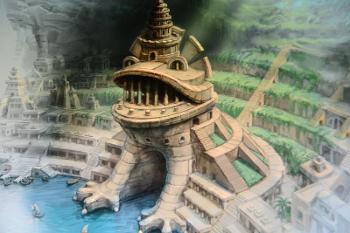 We have asked some of the studio's employees as well as the school teachers and graduates to tell us more about animation and the way it makes our everyday life brighter.

Vladimir Nikolaev, the executive producer of the Wizart Animation studio:

– “When you make an animated film, you literally make something out of nothing. All you've got in the beginning is just an idea, and then you develop it, visualise it, and add up details. Animation also presumes teamwork, as the result depends on hundreds of people. Animation today is about modern technologies, but it is also very much about creativity and patience. But it is all worth it – to see how the characters become alive. And the funny thing is that the first time you see the whole film is in the cinema. The film only becomes alive when the audience watches it and follows the characters. If you want to work in this sphere, you need to be patient and hard-working, but the reward is watching a real miracle”.

– “If you love your job, you get nothing but positive emotions. And animation is no exception. I am proud, that for 11 years now, I've been a member of a great team that makes animated films that are now well-known in Russia and in other countries. For most people the first time they see an animated film is when they are kids. I remember myself rushing to the TV and forgetting about everything, when a cartoon or an animated film was on. And I still do it now. When I was 15, I knew that I wanted to know how my favourite films were made, so I started learning various 3D programmes, and now I do this at the Wizart Animation Studio. It is a great feeling to know that so many children will finally see the film you've been working on. Animation today is a combination of modern technologies and art. And you always have to learn something new”.

– “I've been interested in 3D graphics since I was in school. I've tried various techniques and programmes, and finally I saw that the most interesting part of it was working with moving objects. I've been doing animation for many years now, and I've discovered a lot of amusing things. I can say, that if you want to learn to animate, you should be patient and determined, because you can't learn everything at once, there is always something new. And you should never get discouraged, if you fail. You should try and try till you get what you want”. 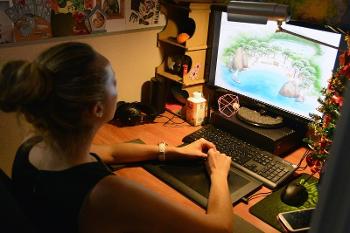 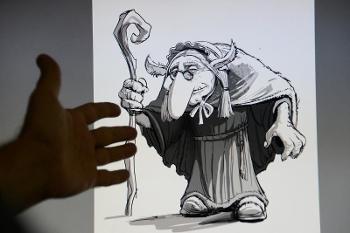 – “3D graphics for me is both a hobby and the job I love. It is quite difficult to make a cartoon or an animated film, and it is even more difficult to make a 3D animated film. For this you need various specialists to work together. Each of the production stages - like creating characters, setting lights or camera - are very different and require special knowledge and skills. An animation studio is a huge and very complicated machine that functions properly only if all its parts work together. And the studio develops together with its people. It's a great honour for me to be working at Wizart Animation. If you really want to DO something, you've got to love what you are doing. You can't just get a diploma, sit and wait till you get a job offer. In this school, we teach students just the basics, and then they have to work on their own to learn more and develop their skills. Besides, you need to understand that although we teach how to make an animated film, 80% of the result depends on the engineers and technical experts”.

Anna Diachok, graduate of the Wizart Animation school and the studio's employee

– “I love animation, and I can say that this is what I want to do in life. When I understood this, I tried to find my way into the industry, and Wizart Animation school looked like a good choice. It gave me a chance not only to learn a lot of things, but also to start my career at the studio. To study at the school I had to move here from Ekaterinburg. I feel that I'm doing something really important, something great, as our films will live for ages and a lot of people will see them. And this is wonderful. What I'd recommend to today's students is not to be shy. Try to do more than you are asked to. Let these few months in the school be a kind of trial for your dream. You should work hard in class, but you should work even harder at home. This is the only way to learn something in such a short period of time. And of course you ought to love animation”.

Kirill Kudryavtsev, graduate of the Wizart Animation school and the studio's employee

– “Animation is a whole different world with its own colours, its own atmosphere, and its own laws. Watching a good animated film is like being a part of it yourself, following the heroes and sharing their joys and sorrows. You can learn a lot watching a good film. I've always liked cartoons and animated films made in the USSR. I grew up watching these films. They are so kind that you want to do exactly as they teach you - to be honest, wise and warm-hearted. I've always loved animation. After the Soviet films, I watched various works by Disney and Hayao Miyazaki, as well as by such studios as Pixar and Dreamworks. In Wizart Animation school I learned how to use a 3D-sculpting programme. I am very grateful to the school and to its teachers. We are now working together at Wizart Animation studio, and I like the job a lot. Some people say that there is no soul in a virtual character, as you can't touch it or smell the paint and paper. But they are wrong. It doesn't matter what tools you use to make an animated film, for you it is still something special, still a miracle. When making a sculpture of a character, I always try to understand its personality, its feelings and emotions, in order to convey them in my work”.

The doors of the Wizart Animation school are open for everyone who loves animation and wants to make it a part of their lives.