Students running one of the best IT companies in Russia

Every year hundreds of graduates leaving our university enter the professional world and try to find their place in it. Some of them are not quite sure what to do. But for others it's not a question.

We've met the graduates of the Faculty of Computer Sciences who managed to apply their knowledge and skills when they were yet students. They founded their own company that is now listed in the Top-10 Russian IT companies. Technical Director of the Surf company Vadim Kotov and the director of the company Vladimir Makeev. How did it come about that you both enrolled in the same faculty?

Vladimir Makeev: I, on the contrary, had no idea what I want to be, or where to study. And I knew nothing about programming. And then it just happened that I found myself to be a student at the Faculty of Computer Sciences. And I am glad I did. Everything there turned out to be extremely interesting - classes, teachers, and my groupmates.

What is the best thing you remember about the university?

Vladimir Makeev: While at university, I developed as a person and as a professional. And I like it that at the Faculty of Computer Science they say that it is important what you do and that it is great to be a good programmer. There are also a lot of teachers and students around who are working in the sphere themselves, and are really good at what they do. Although, I still think that at the university you study until the 4th year, and after that it is all about self-study and self-development, getting practice and experience, you know.

Vadim Kotov: Studying at the university influenced me greatly. I can’t imagine my life without it now. There I learned about the spheres in IT that are very interesting, and met a lot of people with the same interests. We didn't participate actively in student's activities and festivals. But once we told Eduard Algazinov, the Dean, that we wanted to take part in the Telematika conference, and he supported us. But we were mainly interested in practical things rather than in science and research.

What was the beginning of your career?

Vadim Kotov: It was a start-up project. We wanted to make a system for transport monitoring called «TeamPosition» that would coordinate players positions in such games as Dozor and Encounter. There was a smart phone in each car (at that time they were Nokia with Java ME), and the people at the headquarters could see them on the map and mark their location. So we designed the project, created the programme, and only then it occurred to us that we had to implement it somehow. And this was our first failure. The organisers of the Encounter didn't like the idea very much. They didn't want to make the game uniform. They believed that players could use any gadget they liked. And they made their point. But for us it was rather disappointing. So we tried to offer our product to the business community. We even managed to find a taxi firm where it could be implemented, and the director of this firm told us it would be a great success. So we adjusted the project, but got nothing. It was never used anywhere. We were 3rd-4th year students at that time, and I believe that it was a great experience anyway. We learned how to work as a team and how to find clients. So it wasn't a complete failure after all.

Vladimir Makeev: I agree. Although our first project didn't prove to be a success, we learned a lot, and it played its role in what we are doing now. 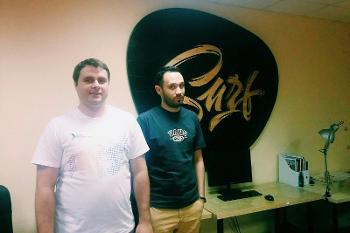 So what happened next?

Vladimir Makeev: We decided that we needed a client who would set us a task and provide all the tools to do it. So, at first it was just the two of us. We looked for clients and did what they wanted. Then we started inviting other students, and thus we've built up our own team.

Vadim Kotov: We had some experience based on our own projects. And the timing was also perfect – smart phones with Android and iOS were just becoming popular and widely available, and the market lacked companies that worked in this sphere. I still remember the first time we got money from our project. It was quite a large sum in those days especially for students. So, this is how it all started. Then came more projects, new successes, and new failures. We've been developing Android and iOS applications for five years now, and our team has grown up to 30 people. The fact that our company is listed in the top Russian rating is really surprising, but it encourages us to work even harder and progress further. We work mostly with clients from Moscow and some other cities. There are also some clients from abroad, who are interested not in the company's popularity, but in the quality of the product.

Do you think that VSU graduates have any competitive advantage in the market?

Vladimir Makeev: I worked at the University for 4 years, running the company at the same time. And I told students about practical things, about real jobs, which doesn't happen often, as the university focuses mostly on theory and fundamental knowledge. I felt that the students were interested in what I was telling them. I believe that VSU graduates are the best. Although, there are, of course, people who have no special education, but are still very competent in their job. So it is actually possible to learn everything yourself, only it is extremely difficult. There are many young people now who know a bit of this and a bit of that and think that they can get everything. But they lack the basics, the fundamental knowledge that only a university can give. So, I think that university education is very important.

Vadim Kotov: We've worked with many VSU graduates. And they were much better than others. But still, everything depends on whether you are interested in what you do. If not, then you may have any kind of education, it won't make difference. In university you learn the basic things, you set the foundation, and then you can learn yourself and build up your professional competence on this foundation. We are always looking for new employees and interns. Not long ago, we employed two iOS developers, both of them are VSU graduates. 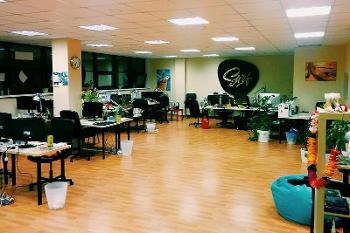 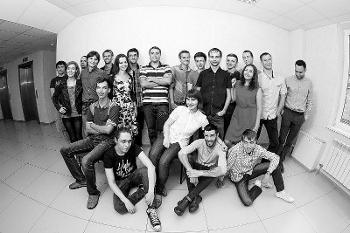 What would you recommend to future graduates?

Vladimir Makeev: It is vital to learn English. Even if it was very poor in school, you should learn it while at university. It is also good to practise giving public speeches and presentations. And pay attention to Math and other classes. In university you get the knowledge that guides you and helps you to choose your own sphere. And I would also recommend that you start working when you are in your 4th year. Students often make the same mistake – they pick a certain narrow area they think they know all about, and they focus on it, and spend all their time on it. I think that's not right.

Vadim Kotov: I agree, English is very important. If you know English, you can get a lot of information and new knowledge. Attend classes, especially those concerning your future profession. Make friend with people who have the same interests as you - together you have more chances for success. Learn how to work in a team - this is what interests employers most. You can try to make a team with your groupmates, it often helps.

Vladimir Makeev and Vadim Kotov set a great example for the VSU students and graduates. They demonstrate that anything is possible, if you really like what you are doing. They were not discouraged by failures. On the contrary, every error was a lesson that helped them on their way to success. They are active and have initiative, they are not afraid to work hard on new projects. This is the recipe for success.