The Theatre of Equals takes part in the 'Theatre+Society' project

On 26 October, a Voronezh unique cultural project the Theatre of Equals finishes a series of performances "The Cat on the Roof" and "Empty Souls" supported by the Ministry for Culture of Russia, the administration of "Stolitsa" centre, the Andropov Foundation, and the "Otsovstvo" Foundation. 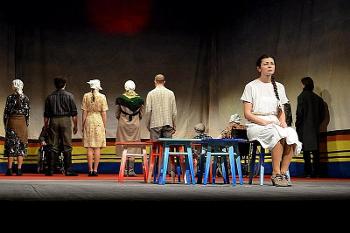 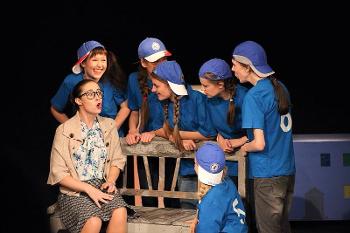 The Theatre of Equals has presented the play "Empty Souls" in Borisoglebsk, Pavlovsk, and Ramon to over a thousand of people and on 5 October, the "Equals" officially started their second season on the stage of the Voronezh Youth Theatre. In Voronezh, the tickets were sold out a long time before the beginning of the season.

This time over a third of the tickets were distributed among rehabilitation centres, specialized schools and families with many children. The beginning of the season was marked with receiving an invitation by some members of the company to take part in the school for social theatres in Kazan. The theatre director Valeria Melamura and an actress Kristina Dolgikh will take part in the event. 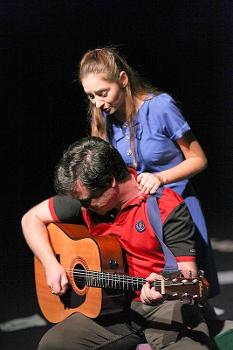 'Now the theatre is about to start working on a new play. The actors are growing and they are eager to develop their talents and improve their skills and try to suck in knowledge faster. The "Theatre+Society" project – a project we took part in this year - shows that what they do is important for other people too,' says the artistic director of the Theatre of Equals Vadim Krivosheyev.

For the young team participation in programmes supported by the Ministry of Culture was both a new and a very important experience that gave them a chance to show their performances to the regional audience and make a name beyond the Voronezh region.