Nowadays lung diseases take the leading position in statistics of children’s diseases. According to Federal Service on Customers' Rights Protection and Human Well-being Surveillance it takes 82% of the children’s sick rate. Restorative treatment (rehabilitation) after such illnesses as pneumonia, bronchial asthma, mucoviscidosis, etc. include medical gymnastics.

Young scientists of Voronezh State University in collaboration with Voronezh State Medical University have developed a hardware-software complex that enables monitoring of children’s respiratory activity in a game mode and their rehabilitation after bronchopulmonary pathologies. The Head of the project is a lecturer at VSU’s Department of Digital Technologies of the Faculty of Computer Sciences Alexey Maximov. Second year students of the Faculty of Computer Sciences Alexandr Kravchenkov and Yevgeny Kashin has also been working on the project. Voronezh State Medical University is represented by an intern of the Department of Intermediate Level Therapy, oncologist Ivan Luev. 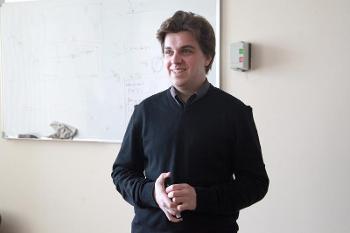 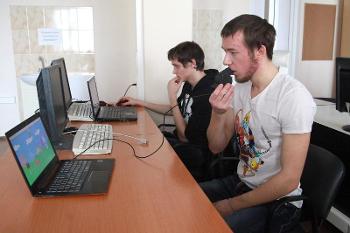 ‘For 4–7 year old children rehabilitation is a very long and complicated process.  Children of this age can not sit still for a long time and can not focus on exercises. That is why we decided to create a system that makes it possible for a child to do medical gymnastics in a game-mode. We invented a gaming system that we called “Dyshi-Igrai” (Breath and Play) where the child has to breathe to control the game he/she sees on the screen. The complex includes a spirograph  and a special computer programme. One of the games of the complex makes the child practice a special breathing rhythm: breathing depth and frequency. The spirograph records the breathing that regulates intensity of a burner of a balloon that moves on the screen. Importantly, the device only reacts to proper and deep breathing. We have worked out an algorithm, have developed a small prototype of a spirograph with two types of sensors – inductive that measures the airflow rate and thermoresistive that records inspired air temperature – and have printed it out using a 3D printer. The second game we have created analyses and practises the child’s maximum expiratory flow rate. In this game the child has to hit an enemy ship with cannonballs. The stronger the child breathes out the further the cannonball flies’, said Alexey Maximov. 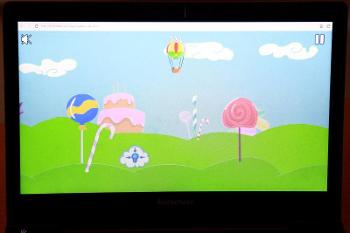 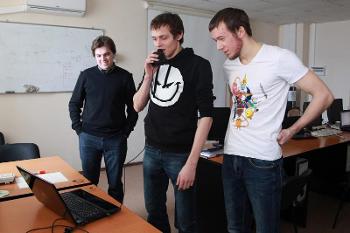 At the moment the rehabilitation complex is being tested but it has already been demonstrated in action in Voronezh Rehabilitation Centre for Children Parus Nadezhdy that showed a lot of interest in introducing the system. Moreover, this inexpensive development will be highly demanded by hospitals and private rehabilitation centres.

The project was launched in May 2015 and just in few months several prototypes of the device – the spirograph and the software – were created. In autumn 2015, the young scientists and their project became the winners of the U.M.N.I.K. Contest and became laureates of Voronezh Region Youth Government Award.