On 27 May, a musical event, which has become a new great tradition for our University, was held in the VSU University Hall. The musicians from the Academic Symphony Orchestra of Voronezh Philharmonic Hall led by maestro Igor Verbitsky congratulated students and staff on the end of the academic year. 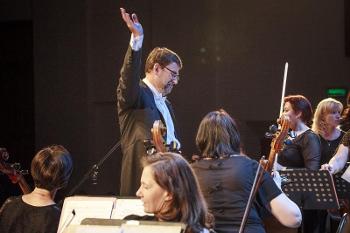 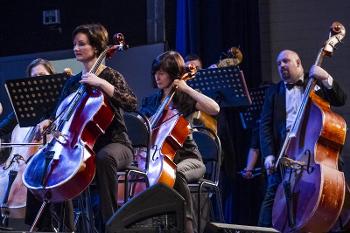 – Today, in this hall, the Orchestra is finishing its 90th concert season. The fact that the Orchestra has been playing great classical music (foreign and national) for 90 years is evidence of the highly musical culture of our city. We are glad that the tradition of academic music concerts is being established at the University. Music is great art, which unites people, makes them better, more generous, and loving.   During lectures, seminars, and academic conferences, you bring studentship closer to the brain, we will try to bring it closer to heart. Today our concert is a show of the cordiality, intensity, and inseparability of musical culture and high science. 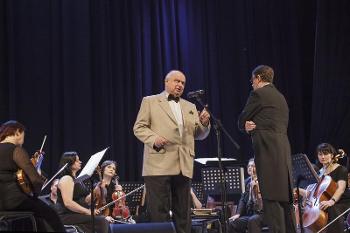 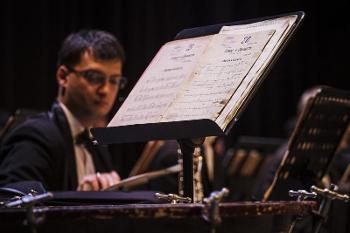 The Orchestra, conducted for over 40 years by People’s artist of Russia, maestro Vladimir Verbitsky, presented a programme dedicated to several anniversaries from the world of music. The event began with a symphonic sketch, which opens the “Khovanshchina” opera by Modest Mussorgsky, “Dawn over the Moscow River”. The musicians gave the audience an opportunity to enjoy the masterpieces of world classics: the works of Mikhail Glinka, Sergei Prokofiev, Dmitri Shostakovich, and Johann Strauss. The musical performance by professional vocalists Svetlana Dyudina (soprano) and Roman Dyudin (baritone) touched the hearts of the audience. The Orchestra performed a suite by Georgy Sviridov “Time, Forward!” so impressively that the staff and students thought it was suitable to become the University’s motto “Always in motion”. 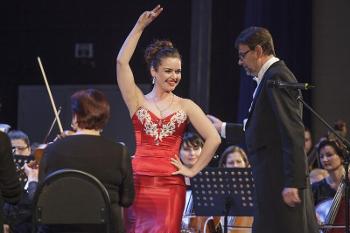 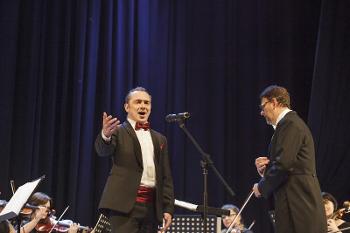 – The event left only positive emotions. Before our very eyes a new amazing tradition is being established:  the Symphony Orchestra performs at our Hall twice an academic year (in the beginning and in the end). The university's spirit is raised during these events. Our colleague from the University of Caen Normandy in France also attended the concert.  He was impressed and later confessed that he has never seen such a performance in his country.  Also, the musicians spoke highly of the hall's acoustics. Voronezh displayed a high level of cultural influence. For me it was very important to feel the atmosphere of the audience and the emotions after the pressure of the powerful energy from this music, said VSU Rector, Professor Dmitry Endovitsky, sharing his impressions. 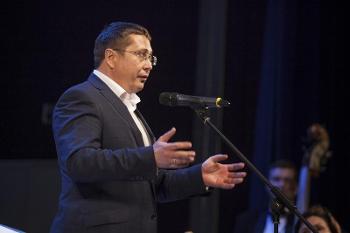 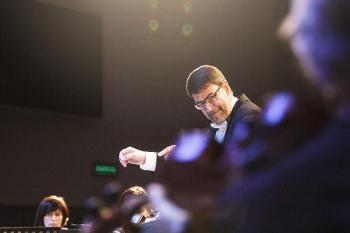 – Twice a year I visit either the Philharmonic Hall, jazz performances, or concerts of Johann Strauss. For me symphonic music is the classics, and as other classics it is impossible to understand and to feel it on the first attempt.  It is necessary to pass it through yourself.  The concert at University Hall was wonderful! The idea to organize such concerts is unique and important. It is essential to acquaint young people with the classics.  I’ve heard about such a tradition only at MSU. They hold concerts dedicated to Students’ Day on 25 January (it is also the day of MSU's foundation). Such concerts enhance cultural development of studentship. Surely, good music, as mathematics, exercises the mind, said Nikolai Lysenko, a first year postgraduate student of the Faculty of Physics of VSU. 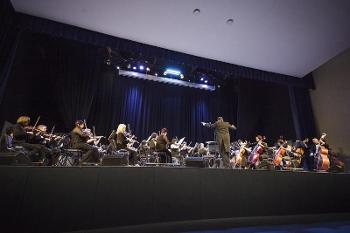 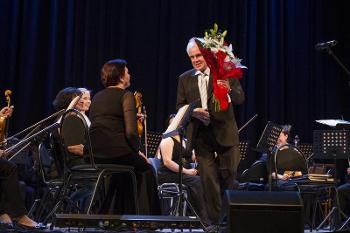 It stands to mention the work of the Trade Union Committee of VSU, which has been organizing attendances at concerts of symphonic music by the University staff for a long time.