According to expert opinion, the 6th Platonov Arts Festival which was held in Voronezh from 2 to 14 June surpassed a lot of events organised in Moscow. The theatre programme included five national premiers presented by leading European directors. The festival also offered its visitors some fine music, paintings, rare films, exhibitions, and books from 130 independent publishing houses. The festival comprised of over 100 events altogether. It was visited by 77 thousand citizens and guests of the Black Earth Region capital which is 10% more than in 2015. 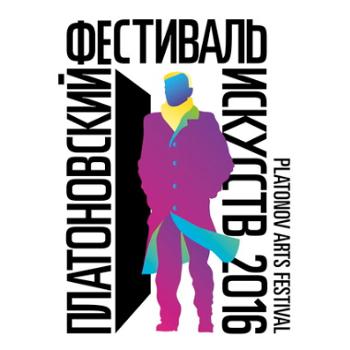 The events of the Platonov Arts Festival were held not only in theatre auditoriums and concert halls but also in open public spaces which attracted a lot of people.

The Book Fair was open on Sovetskaya Ploshchad from 10 to 13 June. It was the biggest fair in the history of the festival as for its length and the number of participants. The fair was participated in by around 130 independent publishing houses from Russia and Ukraine. It was visited by over 10 thousand Voronezh citizens and guests of the city.

On 11 June, World Music, a one-day festival, took place in the White Well chalk quarry for the second time. Bands Jambinai (South Korea) and Ministry of Echology (Lithuania) as well as the duet of Joe Driscoll (the USA) and Seiko Koyate (Guinea) gave their first performances in Russia. Hindi Zahra from Morocco was the headliner of the concert. Even occasional rain could not stop 3 thousand visitors from enjoying the music.

The Open-Air Theatre, a new venue of the Platonov Arts Festival situated in the Central Park for Recreation and Leisure, was also opened with a World Music concert. 1.5 thousand visitors had an opportunity to savour the premier performances of Lau, a trio from Scotland, and Violons Barbares, a trio representing Mongolia, Bulgaria, and France. This concert took place in the Open-Air Theatre on 12 June, and the next day guests of the Platonov Arts Festival saw a performance called “New Opera Names of America”. Young singers from the USA were a raving success with arias from classical operas and fragments from musicals accompanied by the Youth Symphony Orchestra from the Voronezh Concert Hall.

On 12 June, a theatre parade called “Colourful Clouds” marched through the central street of Voronezh, Prospekt Revolutsii. The parade was participated in by almost 250 performers. It was the largest parade in the history of the festival. Around 16 thousand people came to see fabulous costumes created by Andrey Bartenev (“Bubbles of Hope”), a giant flower ship of “Fire People” from Moscow, ballerinas from the Dutch theatre PAVANA, dragons from the Spanish theatre Efimer, Mr Pejo’s Wandering Dolls from Saint Petersburg, as well as musicians, performers, and acrobats from Voronezh and Novaya Usman. After the parade, the participants gave several free performances on Nikitinskaya Ploshchad, Sovetskaya Ploshchad, and in the Central Park for Recreation and Leisure.

The festival was a triumph of culture. 12 days flew by in the blink of an eye, but they were very bright, indeed. The 6th art forum finished. An official closing ceremony as well as an afterparty for the participants and volunteers of the Platonov Arts Festival took place on 14 June.

Information for the article was provided by the following websites: