The University becomes partner to the Molgorod–2016 forum

On 4–8 July, the traditional annual regional youth forum Molgorod was held at the Lastochka recreation facility in Novaya Usman district of the Voronezh Region. It was organized by the Department of Education, Science, and Youth Policy of the Voronezh Region, the Regional Youth Centre, Grazhdanskoye Sobranie Lider regional public organization and the Joint Students' Board of VSU. This year, about 400 talented and proactive young people from Voronezh and the Voronezh Region aged 18 to 35 came to participate in the forum.

There was a total of 17 stages, including “The New Horizon”, “The Youth Self-Government”, “Neskuchniy Den (“the not-boring day”) – Local Tourism”, “The KVN humour show”, as well as three stages organized by the activists from our university. 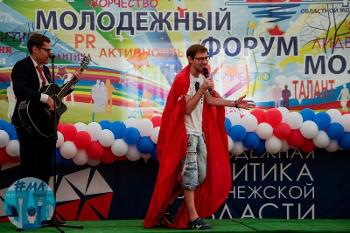 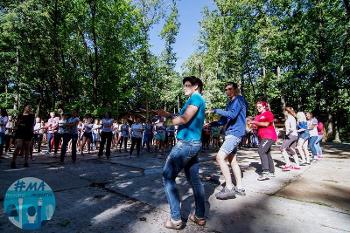 One of the most entertaining parts of the forum, for the second year in a row, was the Creative Science arts and sciences event, organized by a team of young scholars from Voronezh State University. The event was led by a VSU postgraduate student, Dmitriy Koyuda, a VSU student and leader of the “Creative Science” project, Anna Yeliseyeva, and research fellow of the Department of the Department of Analytical Chemistry of the Faculty of Chemistry and the Regional Centre for Students’ Technical Projects, Dmitry Zhukalin. The event's participants were mainly young teachers from the schools of the Voronezh Region, as well as students enrolled in science programmes at local universities.

During the programme, the participants were not only taught to organize scientific workshops but also had an opportunity to talk to the guest lecturers. Among them were: a participant of the Teacher for Russia project, Yaroslav Mikhalev, Head of the Biohacking Laboratory of the Polytechnical Museum in Moscow, Vera Bashmakova, and Vice-Rector of the Voronezh Institute of Education Development, Alexander Mitrofanov. 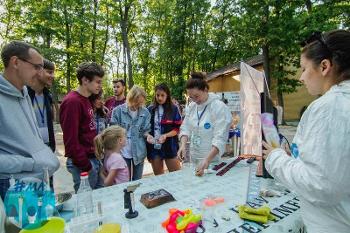 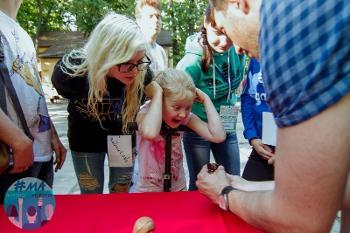 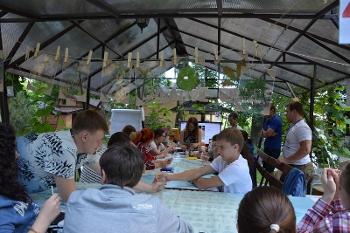 An important event of the forum was Science Day, organized by the Creative Science team. There were a number of activity zones free for anyone to attend. For the first time at Molgorod, mini-laboratories were organized, giving every participant an opportunity to learn the lessons of Creative Science: to find out the secrets of making a non-Newtonian fluid, learn to determine the amount of vitamins in citrus fruits and juice, experience the mocro- and nano-world, as well as take part in conducting chemical reactions. A science quest was also organized, in which the participants were asked to perform scientific tasks. At nightfall, anyone interested was able to watch the night sky, looking at Mars, Saturn, and a large number of constellations, through a telescope. The main event of the evening was the traditional spectacular show of scientific experiments on the main forum stage. 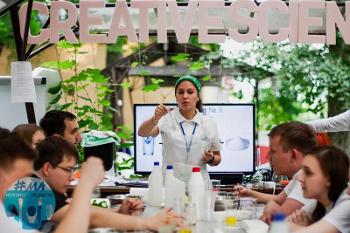 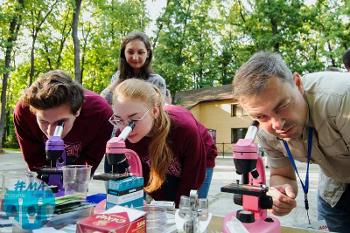 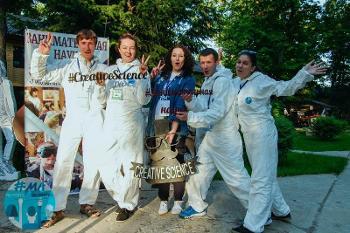 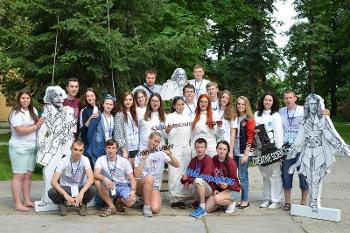 “MediaActive”, a new educational platform from Molgorod, helped the audience discover the world of media and journalism from both the theoretical and the practical angle. It was organized by VSU graduates: Nikolay Sereda, the Vice Head of the Student Affairs and Social Development Department of Voronezh State University, and Irina Evsyukova, editor of the special “Voronezh UniverCITY” project. On the very first day of the Forum, the participants worked as real-life journalists. They published their photo-impressions of the brightest moments of the Forum in social networks, creating the editors’ office of the Molgorod36 forum’s newspaper. The participant were also given a chance to talk to the visiting scholars. The first talk about the professional field of journalism was with Alexey Sapkin, a lecturer of the Faculty of Journalism of Moscow State University. Together with the participants, Alexey outlined a concept for future newspapers, and on the next day, he gave a talk on the fundamentals of PR. Other guest lecturers included Voronezh journalism professionals: editor-in-chief of Komsomolskaya Pravda v Voronezhe, Maxim Gorokhov, web-editor of Rossiyskaya Gazeta, Anton Valagin, editor-in-chief of Downtown.ru online magazine, RIA Voronezh former editor-in-chief, Oleg Grigorenko, and a photographer from Geometria.ru, Andrey Pyrinov. 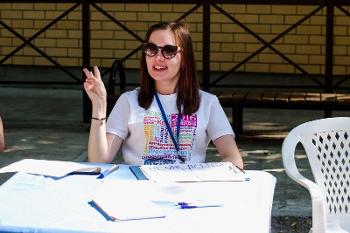 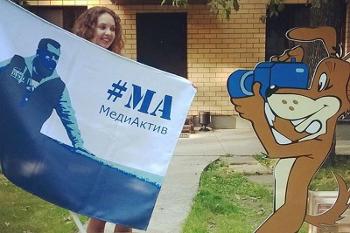 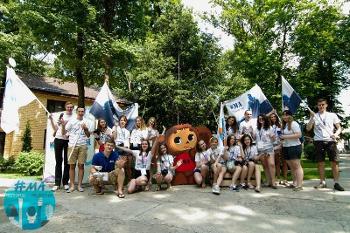 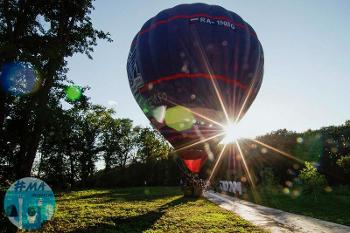 The third platform set up by the representatives of the Joint Students' Board of VSU was called IQ. It was led by the Voronezh champion of "Svoya Igra", head of the Voronezh Regional branch of the Voroshilovskiy Strelok quiz show, Alexey Proshin. Other organizers included: the bronze champion of Europe in “What? Where? When?” for students, the first champion of Russia of the team game "Svoya Igra" for students, Head of the VSU Intellectual Games Club, Nikita Saprykin, and a VSU graduate and the organizer of intellectual competitions, Evgeniy Lyapin. IQ was a multi-format platform including lectures and workshops on organizing intellectual games and competitions, seminars and various mini-tournaments of “What? Where? When?” (together with the Creative Science platform) and “Voroshilovskiy Strelok”. Thanks to the special gaming equipment, the organizers managed to demonstrate the key details of the gaming experience of the television version of the shows. 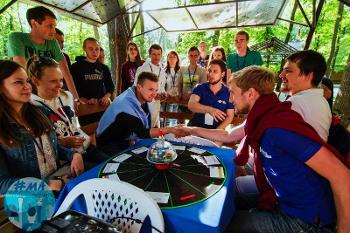 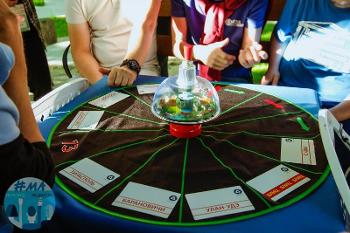 An important part of the forum was the Youth Project Conveyor, which resulted in the 15 best programs receiving grants from the Voronezh Region Youth Government. Among them was Dmitry Zhukalin’s “School League of Nanotechnologies” project, Irina Evsyukova’s “Spring media-school”, Natalia Kuznetsova’s “Young Scientist’s School”, and Tatiana Malakhovskaya’s “Cinema Battle” game.