QS University Rankings: BRICS – VSU comes 111th in half of the world, 22nd in Russia, best in the region

The QS World University Rankings has published a ranking of the top universities of the BRICS countries (Brazil, Russia, India, China and South Africa).

This year, Voronezh State University became number 111 in the ranking of the top universities of the BRICS countries and number 22 among the other Russian universities, improving its position compared to last year (by 2 positions in the Russian Federation and by 5 positions among BRICS countries). 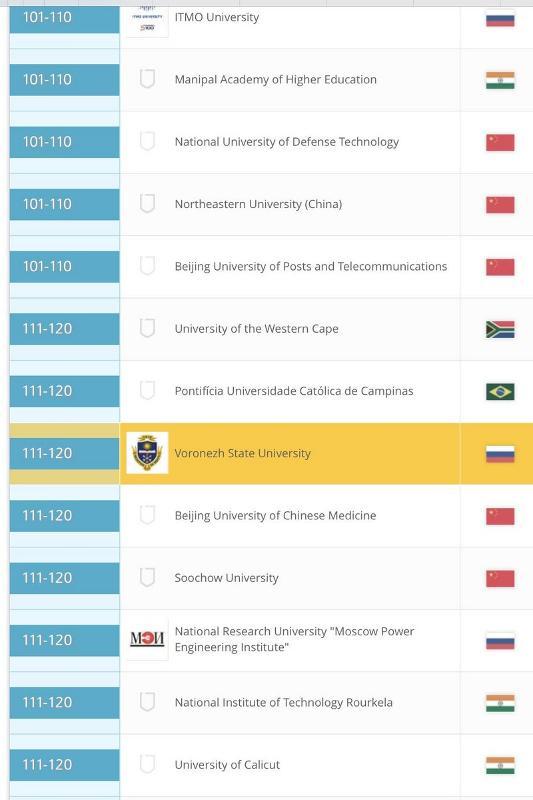 – In Russia, there are 10 federal and 29 research universities. Voronezh State University comes 22nd in this ranking, ahead of half of the leading universities of the country. The results of the international ranking demonstrate that targeted subsidies aimed at increasing university competitiveness are not the predominant factor. What is more important is the effectiveness of university management and the well coordinated work of all university employees, says VSU Rector, Professor Dmitry Endovitsky.