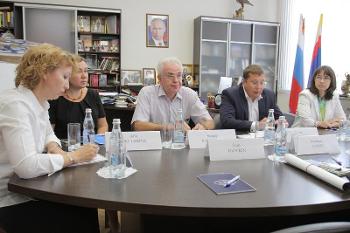 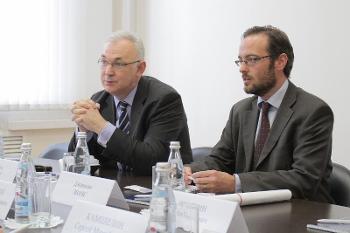 The university is involved in intense international activity – ambassadors of various countries and employees of diplomatic services pay regular visits to our university that promote its cultural development. All the more, it is a great pleasure to have a VSU graduate as our guest. In this context we would like to share with you an idea for creating a VSU British Alumni Association. There are about 400 graduates and interns of our university in Great Britain. They are famous politicians, journalists, and writers among them. I would like to ask you to assist us in the implementation of this project. It will allow British graduates to contribute to the cultural, scientific and educational environment of the university, and will make it easier for us to keep in touch with our graduates,’ said VSU Rector Professor Dmitry Endovitsky. 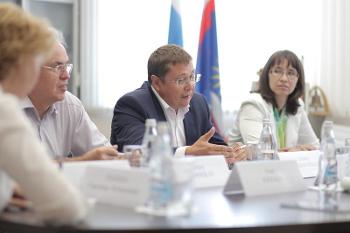 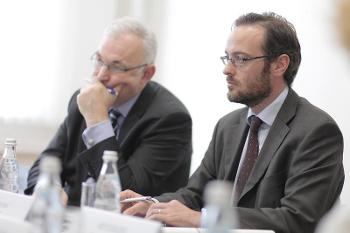 The rector also gave an overview of VSU's history, its position in international rankings, and main areas of international activity – currently, the university is implementing 21 international projects, and last week it received 5 more Erasmus+ projects. Mr. Paver, who studied in Voronezh State University between 1986 and 1987, emphasised that the visit is of great importance to him. He supported the idea of creating a British Alumni Association and expressed his willingness to provide any possible help. James Paver expressed his interest in mechanisms of creating double degree programmes in various specialities and in the “Russian Virtual Classroom” online platform helping to learn foreign languages. 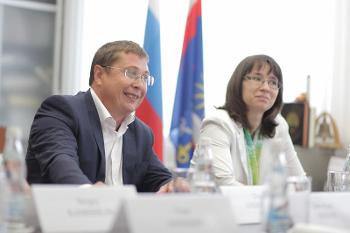 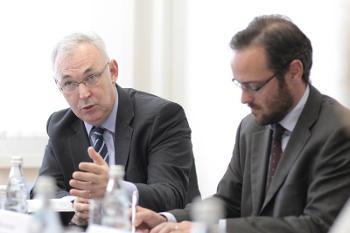 After that, the honoured guests had a meeting with students and university employees in the auditorium. The parties discussed contemporary issues of bilateral relations between the two countries.

‘Such meetings are very important for the development of bilateral relations between Russia and Great Britain. We have been in Russia several times and have visited different parts of the country. Last time I was in Voronezh in the 1990s and I love the city,’ said James Paver.

Mr. Paver emphasised the importance of personal contact and cultural events for strengthening relations between countries. He remembered the time when he was a student and studied at VSU and told the audience about his life on campus. He said he really enjoyed this time.

‘I shared a room with three other people – two students from Russia, and a student from Great Britain. We enjoyed having long conversations with each other. We met other students in the kitchen where we cooked together. Sport was something we had in common. I was keen on playing football and we played even in winter. I had a wonderful life here – I had no language barriers as I studied Russian. The year I spent at Voronezh State University was a wonderful year. I made new friends and opened a whole new world for myself. When I was 17, I could not know that I was going to become a diplomat. When I applied to the university I had the opportunity to study law and languages. It was not easy then to get into the USSR. I decided to study Russian and thanks to it I had the chance to come to your country. I was lucky – my university had exchange programmes with Moscow and I was given the opportunity to spend a year in Voronezh. During my stay in Voronezh I learnt more about Russia and fell in love with the Russian language. It played a big role in my future career. I still love Russia and the Russian language’. 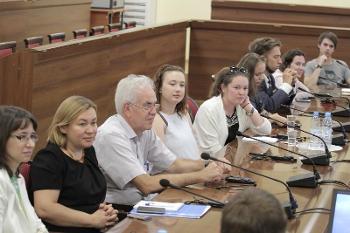 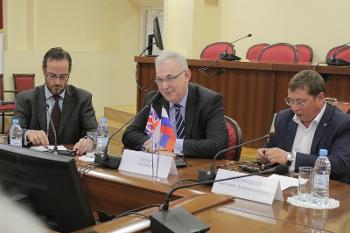 During the talk, Nikolay Sereda, the Vice Head of the Student Affairs and Social Development Department, came forward with a proposal to share experience between student communities of Voronezh State University and British universities. He also asked to assist in the participation of a British team in international intellectual games that are held annually in VSU. James Paver emphasised that contact between students is a very important aspect of the internal policy. He also outlined possible methods of cooperation and maintaining contacts. 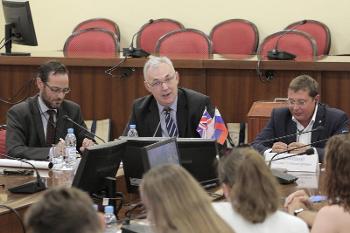 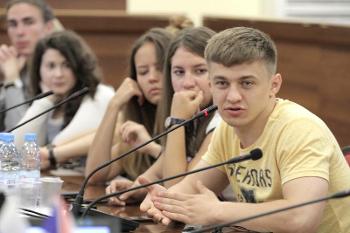 Voronezh State University has a student research society. This organisation is aimed at collaboration between students that will promote scientific ideas and advance the development of  students. Students of the Faculty of Physics represented Russia this year at the International Physicists' Tournament in Paris and took the third place. A master’s student from the Faculty of Physics Sergei Voischev told the guests about this experience: ‘At the tournament we had a battle with a team from Nottingham. And it was not an easy battle’. He also asked the guests about research societies in British universities.

‘As far as I know, similar organisations also exist in Great Britain. Every university has a students union that works in various areas. We have a debate club. I congratulate you with the victory. It is a very good result. Participation of the Nottingham team in the international tournament shows once again that such societies exist in our universities. We also have a Russian language club that has always been very popular with students’. 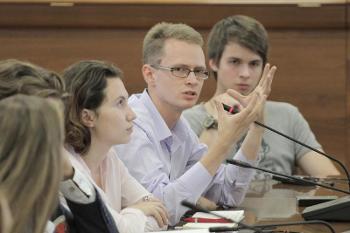 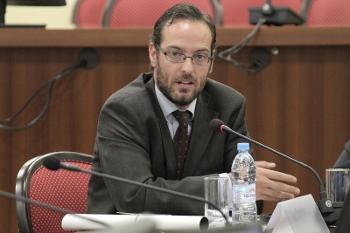 ‘The education you get at the university is very important. However, independent study and your leisure activities are no less important. When I was a schoolboy I once asked some acquaintances of mine to let me work for them for some time. It was a very interesting experience that played a certain role in my professional development. It is important to be independent if you want to develop. Now, it is the Internet age, and you get a lot of information from outside. The knowledge that you get at school should be strengthened with skills,’ said Jonathan Evans. 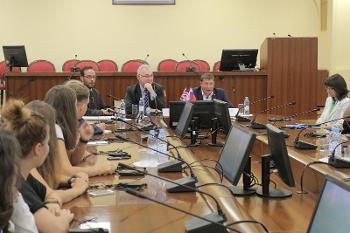 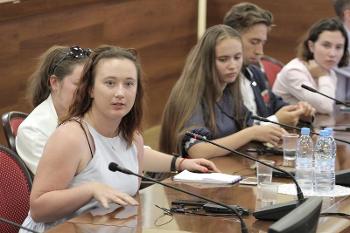 ‘You cannot learn absolutely everything you need to know for your speciality. You should never stop developing and improving yourself. University gives you the skills that will help you search for information. You acquire here an academic way of thinking. A university education allows you to grow professionally,’ said James Paver.

Voronezh State University is an open public space where young people can ask questions to political leaders and leading scientists. Today discussion allowed the studentship of our university to advance towards the university community of Great Britain.