VSU published the 9th issue of its anthology of literary journalism “Universitetskaya plischad”.

Among the authors of the articles and interviews included in the anthology, there are VSU Rector Dmitry Endovitsky, First Vice-Rector – Vice Rector for Academic Affairs Elena Chupandina, lecturers of VSU and other Voronezh universities, as well as researchers, artists, writers, and local lore specialists. 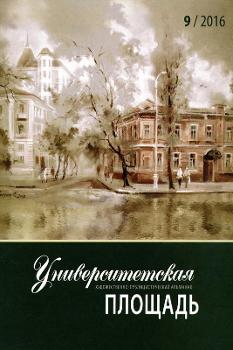 This year’s issue is dedicated to the 100th anniversary of VSU, and covers important stages in the university’s history, and tells about the people who played a great role in it. One of the most interesting parts of the anthology is the one with the reminiscences of German interns who studied at VSU in the 1960-70s, and their impression of their visit to today's VSU during the German Alumni's Forum.

The anthology is available at the reading halls of the Regional Scientific Library and on the university's website.