Between 3 and 5 October, an annual meeting between Russian universities – partners of the French Embassy – was held. VSU was represented at the meeting by Professor Elena Alexeeva, Head of the Department of French Language of the Faculty of Romance and Germanic Philology. At the opening of the meeting Ambassador Extraordinary and Plenipotentiary of France to Russia Jean-Maurice Ripert gave a speech and talked about the growing popularity of the French language and culture in Russia. According to Mr Ripert this popularity results from the following social and economical factors: 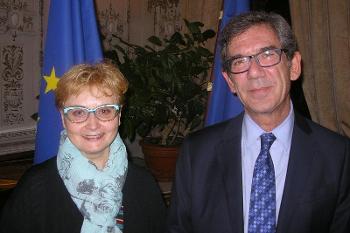 Unlike other countries, France has rich experience in promoting these methods among teachers and lecturers of partner-universities in Russia by organising exchange programmes. France has also been providing Russian universities with study guides, teaching materials, and electronic resources.

Mr Ripert also told the audience that the French Embassy is going to open an Alliance Française Centre in Voronezh at Voronezh State University.

The meeting discussed various problems, such as improving the methodology of teaching the intercultural aspect of the French language, the effectiveness of resource centres, and further development of partnership between Russian and French universities. 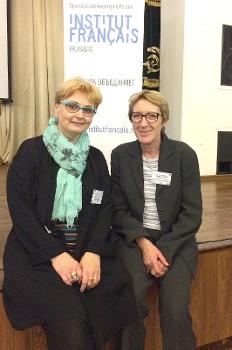 Our university also received contemporary teaching materials as a present from the French Embassy.