On 14 October, a delegation from the Ningxia Hui Autonomous Region of China visited Voronezh State University and had a meeting with Rector Dmitry Endovitsky and Yulia Svetasheva, Head of the Chinese Centre of Voronezh State University. The meeting was organised in order to discuss a partnership agreement between our university and the Administration of Foreign Experts Affairs of Ningxia. 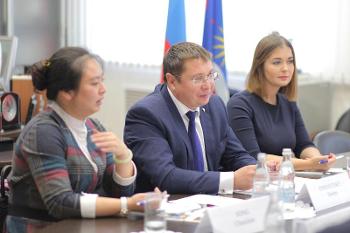 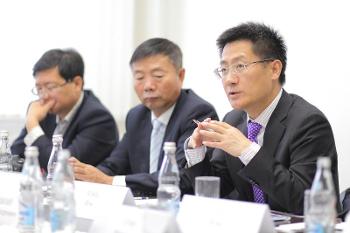 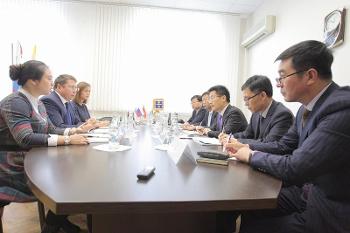 Dmitry Endovitsky started the meeting with a brief overview of the university’s history, its structure, and international activity.

“We are actively collaborating with many countries, but we pay particular attention to our relations with China. Since 2002, over 1600 specialists from China have studied at VSU. VSU is an active member of the Association of Russian and Chinese Universities. In November we are going to Shandong University in Jinan to open a Centre of Russian language. We will also present our colleagues an online language- and communication-oriented course of Russian as a foreign language for Chinese students. We are willing to collaborate with universities and companies in your region both in the sphere of education and innovations”, – said Dmitry Endovitsky.

The leader of the delegation Mr Chen Feng, Head of the the Administration of Foreign Experts Affairs of Ningxia, talked about the region and suggested establishing a partnership in the area of teaching the Russian language. He was also very interested in the VSU innovative project "Solid Water". 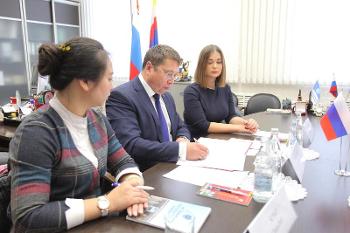 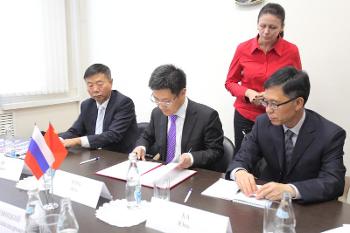 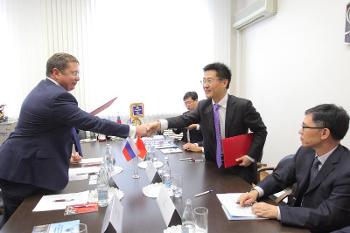 The meeting resulted in a partnership agreement. After the meeting, the guests had a guided tour of the Voronezh State University Museum of History.