On 15 December, VSU rector, Professor Dmitry Endovitsky, had a meeting with a delegation from OOO Atos IT Solutions and Services including the company’s general director, Edgars Puzo, the director of the Voronezh branch of Atos, Natalia Monko, and the head of the Atos training centre, Sergey Kenin. Voronezh State University was also represented by the dean of the Faculty of Applied Mathematics, Informatics, and Mechanics, Alexandre Shashkin, and the dean of the Faculty of Computer Sciences, Eduard Algazinov. The meeting was dedicated to the discussion of previous agreements, planning of further cooperation, and educational projects. 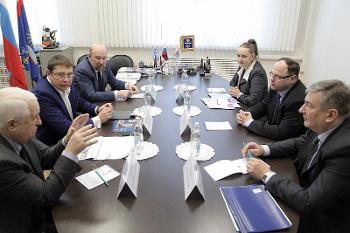 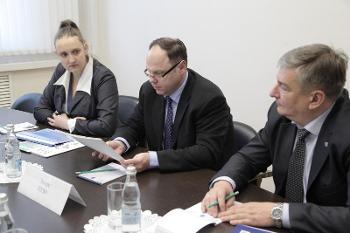 The French company Atos, a globally recognised IT leader, has been a strategic partner of the university for 12 years. Atos training centre was opened in October 2004. Since then, the partnership has been based on systematic interactions between the organisations: the Faculty of Computer Sciences has opened several master’s programmes for the heads of subdivisions and leading specialists of the company who need to upgrade their skills; a number of VSU lecturers have been certified in particular IT areas and have received access to SAP resources which in its turn allowed increasing the level of bachelor’s programmes at VSU; the Department of ERP-Systems and Business Processes, headed by a famous business information specialist, Jörg Becker, was opened at the Faculty of Applied Mathematics. Moreover, the company is actively engaged in the extra curricular and social life of students.

“We hold “Welcome day”, a vacancy fair, and a career day for students. During these events, everybody can learn about the company in an informal environment. Students also show a lot of interest in summer and winter schools for master’s students and educational forums,” said Natalia Monko, the new director of the Voronezh branch of Atos. It should be mentioned that Natalia is a graduate of the Faculty of Applied Mathematics. 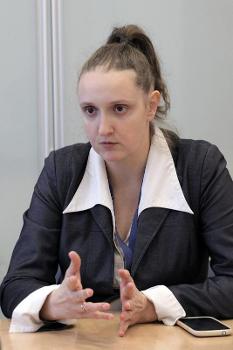 The annual IT technology marathon and interregional open festival of robotics, ROBOART, are also held with the support of Atos. The company has organised free English and German courses for the students of the Faculty of Applied Mathematics.

The long lasting cooperation between Atos and the educational leader of the Black Earth region is a good example of collaboration between the university and businesses. Dmitry Endovitsky emphasised this idea when he was describing the results of the annual performance monitoring of enterprises and institutions of higher education:

“The aim of the ranking, that we make every year on the instruction of the Chamber of Commerce and Industry of the Russian Federation, is to reveal the most efficient forms of cooperation within the “state–business–education” system. I am proud to announce that Atos is on top of the ranking. This cooperation is very important for us.” 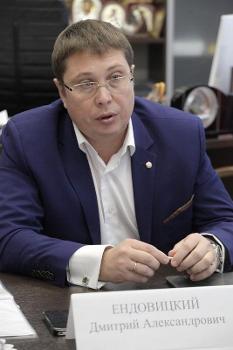 The VSU rector also told his colleagues about the new medical specialities at the Faculty of Biomedical Sciences: medical biochemistry, biophysics, and cybernetics. Some of the specialities will have state-funded places. Dmitry Endovitsky also drew attention to the engineering activities of the university that conduct R&D projects for the Voronezh and the Black Earth regions. Mr. Puzo showed interest in R&D projects of this kind. He also mentioned that the company pays a lot of attention to the medical industry, whereas engineering for the agricultural sector is a new thing for them.

“We are a fast growing business. We have recently opened a branch in Belarus and a number of representative offices in other Russian cities. It also means that we need more employees. We are focused on our development. That is why we are highly interested in new forms of cooperation with the university,” said the general director of Atos. 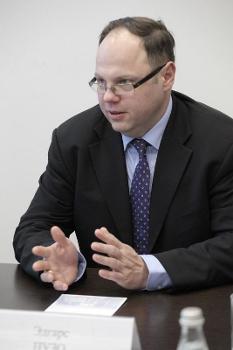 At the end of the meeting, Dmitry Endovitsky offered his partners to take part in events dedicated to the university’s 100th anniversary. VSU has received both regional and federal support and is planning to celebrate its anniversary on the Day of the City.