According to UI Green Metric Ranking of World Universities, our university is one of the most environmentally friendly universities of the world 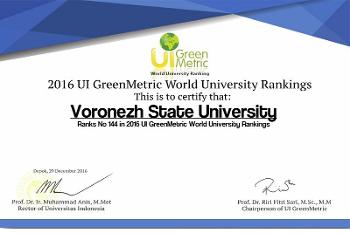 The ranking is aimed at raising awareness about environmental issues among the academic community. The six main criteria of the ranking include energy efficiency, water conservation, waste management and recycling, environment-friendly transportation policy, and the percentage of area on campus covered in vegetation. In addition, the indicators of education and research related to environment and sustainability are taken into account when creating the ranking.