International rankings as an effective tool for university development

On 25 January, representatives of the Round University Ranking (RUR) ranking agency visited Voronezh State University. Oleg Soloviev, the editor of the RUR World University Ranking, and Anastasia Yegorova, Head of the Marketing Department, had a meeting with VSU Rector, Dmitry Endovitsky, and specialists from the Strategic Development Department, Yulia Svetasheva and Sergei Komedenko. Dmitry Endovitsky first congratulated his colleagues on Russian Students Day celebrated on January 25th. He then talked briefly about the history of the university, the research projects conducted at VSU and the level of technology commercialization. He also pointed out that our researchers successfully developed a number of production methods and technologies for the real sector of economy, with the total financing exceeding 1 billion 200 million roubles. 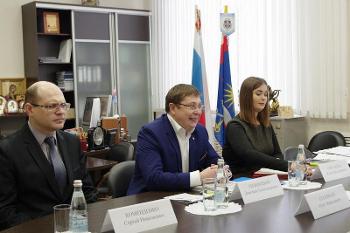 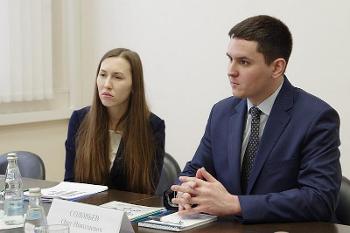 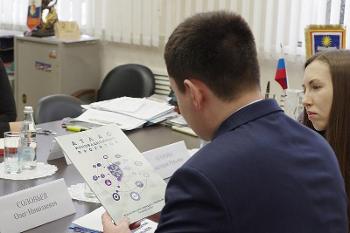 “As to the position of the university in various international rankings, there are several steps we can take to improve it. We can, for example, get higher scientific indices, such as our publication record, or refer to the views of the employers. But there is also a very important factor, and this factor, however subjective it may be, is our academic reputation, that is what people know about us. And here we are greatly assisted by our alumni associations for foreign students who work actively in order to raise international awareness of our university. In the last 100 years, over 25 000 international students have graduated from VSU, and there are influential politicians and public figures among them. They all have good memories about their university years, so they can create a positive image of VSU in their countries,” – said Dmitry Endovitsky.

The experts from RUR, one of the world leading ranking agencies, told the university’s administration that the aim of their visit was to organise a workshop for the students and the staff and to perform a detailed analysis of the performance of VSU according to the RUR ranking system.

“University rankings are published primarily for prospective students, so that they could choose universities that provide high quality education services. Rankings are also quite important for the employers and industrial enterprises, as they demonstrate, which of the region’s universities are able to help them with technology commercialisation and students recruiting. Our academic community is eager to assist in gathering the data for the rankings,” said the rector.

After the meeting in the rector’s office, the RUR agency held a workshop in VSU’s conference hall. The experts described in detail the RUR methodology, presented the statistics on higher education institutions in the world and in Russia, based on the RUR data, and analysed the current position of VSU in the rankings and its dynamics.

The RUR ranking agency is based in Russia and offers consulting services for universities to strengthen their international competitiveness in the higher education sector. Raw data for the RUR Rankings system is provided by an international company, Clarivate Analytics (formerly the IP&Science business of Thomson Reuters). The RUR rankings system includes 37 rankings dating between 2010 to the present time. The RUR overall university ranking measures performance of 850 universities in 80 countries by 20 unique indicators and 4 areas: teaching, research, international diversity, and financial sustainability. A number of additional rankings are also published, for example, RUR Research Performance and RUR Reputation. 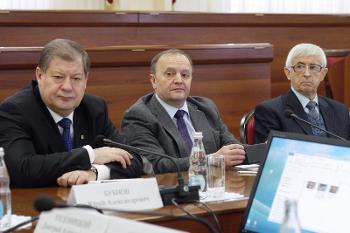 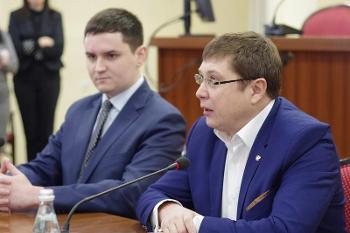 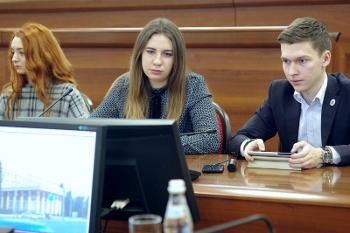 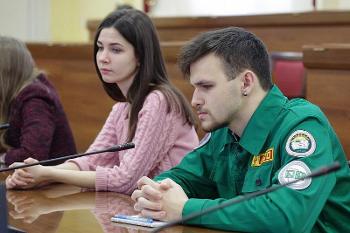 “According to our rankings, VSU is one of the leading universities in Russia, even though it doesn’t participate in the 5–100 Programme. We analysed the data on VSU’s performance and determined its key features. Within the last two years (2015–2016) Voronezh State University moved up in the overall ranking by 34 positions. VSU’s position in the RUR Research Performance Ranking is twice as high as the position of most Russian universities. Surprisingly, it is also higher than the position in the overall ranking. In the RUR Subject Rankings, VSU was ranked in Life Sciences subject area, which means that your university had demonstrated better results in biology and medicine. Last year VSU also improved its position in the International Diversity Ranking by 114 positions.

The data provided appeared to be of great interest to the students and the staff attending the workshop. It provoked quite a number of questions, such as the following. Is it possible to find a correlation between the amount of public funding and the position of a university in the RUR ranking? Is there any dependence between an increase in state funding and better results in the rankings? Experts welcomed the idea of analysing how effectively universities distribute public funds in order to strengthen their international competitiveness. They found it particularly interesting to consider those universities that didn’t not take part in any of the state support programmes, but nevertheless managed to improved their positions.