Our students enter Russian Student Marathon for the fourth time – and win it!

On 4 February, the youth festival “Russian Student Marathon” was concluded. The team of Voronezh State University "Doctor of Sciences, Professor Shvarzengold” took part in the event for the fourth time. The festival gathered talented young people from all over Russia: Yaroslavl, Rostov, Volgograd, Tambov, Kyzyl, Petrozavodsk, Syvtyvkar, Nizhny Novgorod, Kazan, and Moscow. Since 2015, the team of the best students from Voronezh has been showing excellent results in the creative contests and sport competitions of the festival, and has regularly been taking first place. In 2017, our team met the challenge again and was first in the sport competitions and third in the creative contest and took the top spot of the podium. 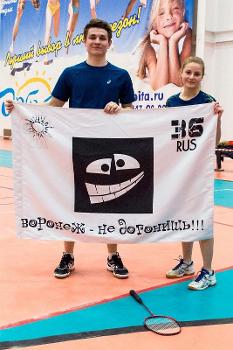 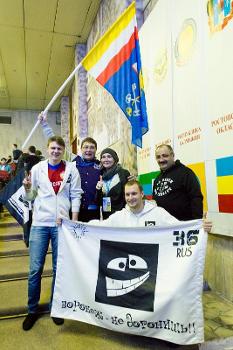 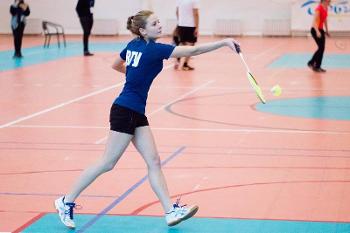 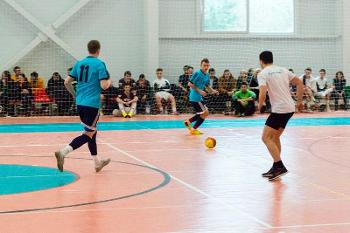 The competitors were worthy and on the last day the competition was really stiff. The atmosphere was charged, both on the football pitch and in the billiard saloon. In the billiard finals, a first year student from the Faculty of Mathematics of Voronezh State University, Mikhail Mestcheryakov, demonstrated a brilliant game and beat his competitor from Tambov. He was first according to the results of three games (4:8, 8:4, 8:1). The results of creative contests were announced at the award ceremony: Voronezh received the silver medal in the dancing competition, in the shadow theatre competition, and in the National Humour Cup.

They beat the team from Yaroslavl “The team that I love” with a narrow advantage and for the fourth time won the cup of the Russian Student Marathon. During the award ceremony, the captain of our team, a student from the Faculty of Computer Sciences, Natalia Zatsepina, with tears of happiness, thanked the competitors for the high level of competition, the atmosphere, and the support. The stronger the competition, the more valuable is the victory and the understanding that students from VSU are really the very best students in all Russia. 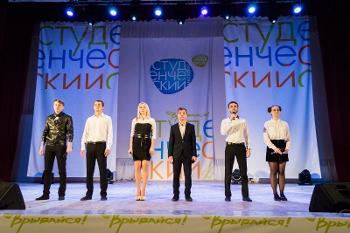 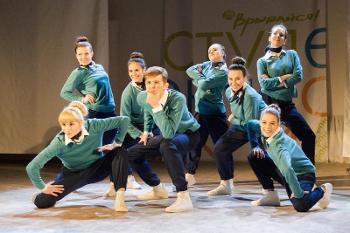 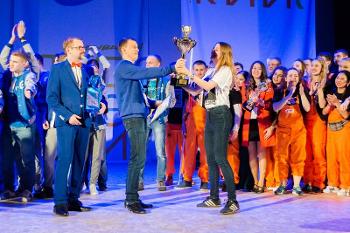 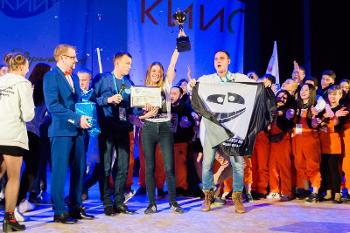 We had a chance to ask the winners about their feelings right after the closing ceremony of the Russian Student Marathon and the announcement of the results:

‘We have only positive and “sunny” emotions! Our team showed moral courage and stamina. And, of course, there was also a bit of luck.

Thank you for the event!’ said a student from the Faculty of Mathematics, Sergey Babichev.

‘The marathon is a place that opens new opportunities for students. It was my second time at the student marathon, but the emotions I felt when I realised that we won were even stronger than last year. I had a chance to try my hand in new competitions and meet interesting people. Thank you to the organisers of the marathon and to VSU!’ said a student from the Faculty of Chemistry, Mikhail Grishin.

‘It was my first time at the student marathon. It was a great experience: Lots of emotions, excitement, and happiness. Thank you so much for such an opportunity!’ said a student from the Faculty of Applied Mathematics, Informatics, and Mechanics, Alexandra Leshkova. 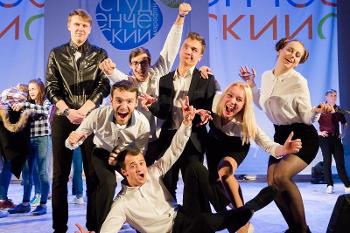 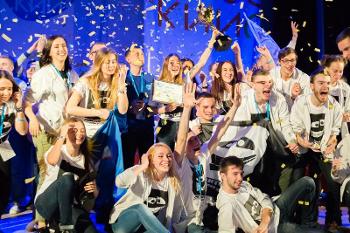 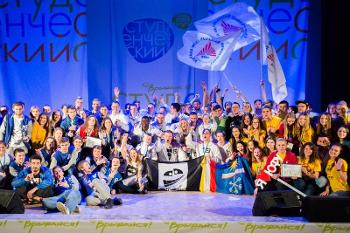 ‘I want to say thank you for the opportunity to take part in the Russian Student Marathon! I will never forget this experience. I’ve realised I am a member of a big VSU family. It was my first time at the student marathon and I hope to come here again next year,’ said a student from the Faculty of Applied Mathematics, Informatics, and Mechanics, Yulia Zatonskaya:

‘The VSU team has always been the strongest, the most tight-knit, and the most invincible team! I was at the marathon for the third time and for the third time we came first, even though the members of the team are different compared to the previous years. I think, the secret of our success is that both the administration and the students love our university with all our heart and do everything possible to make it keep the position of the strongest and the best university in Russia!’ said a master’s student from the Faculty of Geology, Anna Semenova.

‘The marathon is a breath of fresh seaside air in winter! It is full of emotions, excitement, victories, and defeats... This wonderful festival made me discover new talents, learn about other teams, and feel the thrill of the game when I competed with my adversaries or rooted for other members of the team! Thank you to VSU for such an opportunity!’ said a student from the Faculty of Romance and Germanic Philology, Yulia Larionova.

‘What exactly is the student marathon? It is about 500 students from 16 Russian cities who are united by the same goal to win the event and to show their best qualities and skills. It is loads of different emotions, the fever of the game, and a festive atmosphere! It doesn’t matter what faculty you belong to - we are all one team and we are always ready to support each other,’ said a student from the Faculty of Applied Mathematics, Informatics, and Mechanics, Egor Nedonoskov.

‘As for me, Russian Student Marathon is a few unforgettable days in February and I can’t imagine my student life without them. It is an opportunity to prove our worth, to get a shot in the arm, and to get new ideas and inspiration. This is the place where severe competition between teams doesn’t stop them from becoming friends. I’ve been the captain of this wonderful team for two years. And for two years, I’ve been experiencing loads of strongest emotions which are difficult to describe. Every year, we spend a lot of time preparing for the game, we feel for out team members during the competitions, and we end up with a sore throat. It’s win-to-win spirit, victories and defeats, tears of happiness, and pride for our university,’ said a student from the Faculty of Computer Sciences, Natalia Zatsepina, the captain of VSU team at Russian Student Marathon and the team member who came first in laser tag competitions.