Europe’s future was discussed at VSU

On 19 May, the last day of the international forum "European Higher Education Area: Ways of Development”, VSU held the international conference “Europe’s Future – XXI century”. The event was dedicated to the 25th anniversary of the Association of European Studies in Russia and the 60th anniversary of the Treaty of Rome. Among the honoured guests of the conference were Luis Portero, head of the Department of Economics and Trade of the European Commission to the Russian Federation, Torsten Ites, a German Embassy member in charge of relations with the Voronezh region, and Alexey Gromyko, president of the Association of European Studies, director of the Institute of Europe of the Russian Academy of Sciences and Honorary Doctor of VSU. The conference was also attended by representatives of Erasmus+ national office in the Russian Federation, and colleagues from partner universities both in Russia and abroad. 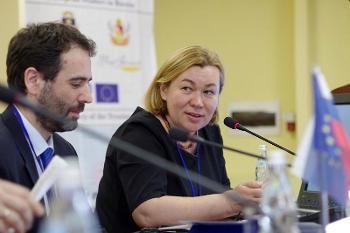 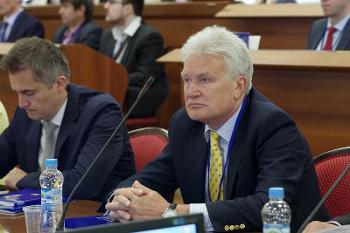 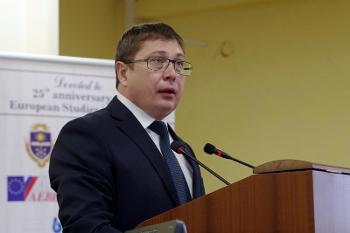 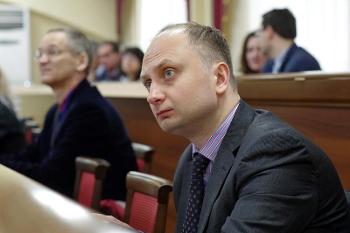 The rector of VSU, Professor Dmitry Endovitsky opened the conference and welcomed the participants.

“Today is the last day of the Europe Week at VSU, and I think the discussion we are going to have will be very interesting and very important. I’m sure that our ideas will reach far beyond the boundaries of Voronezh. It’s not for the first time that we are discussing the European identity, migration, tolerance, and multiculturalism. Several years ago the head of European Union's delegation in Russia, Vygaudas Ušackas, initiated the discussion of these issues at VSU.”

After the rector’s speech, the president of the Association of European Studies Alexey Gromyko also welcomed the audience.

“The Association was founded in 1992, when European Studies were only emerging in Russia, and we could only base on the experience we had inherited from the Soviet Union. The Association was founded by an outstanding Russian scientist, Yury Borko, who was its first president and who is still one of its most active members. The Association of European Studies has now 26 regional departments all over Russia. I am very grateful to our partner - Voronezh State University - and to the Alexander Gorchakov Public Diplomacy Fund for organising the conference.” 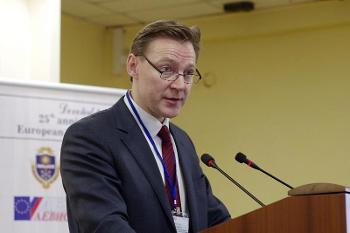 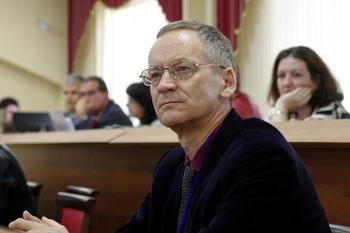 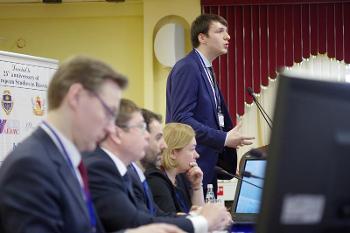 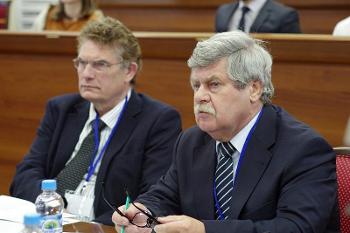 Alexey Gromyko talked about the events dedicated to the anniversary of the Association in various departments and then turned the floor over to a representative of the Gorchakov Fund.

“On behalf of the fund's administration, I’d like to congratulate the Association on its 25th anniversary. The association is a prominent institution, and we have been collaborating for a long time. Europe has always been a key part of foreign policy, and it is especially true today, in the present political environment,” – said the representative of the fund Nikita Silakov.

The conference began with a plenary session “Europe and the Turbulent World”. The first report was presented by Yury Borko, Honorary President of the Association of European Studies and head of the EU information centre of the Institute of Europe of the Russian Academy of Sciences. He said that the situation both around and inside the EU has been changing a lot lately, and listed the main problems that the EU is currently facing. 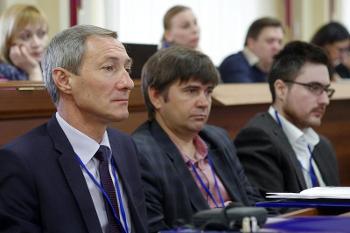 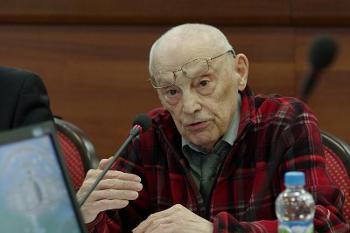 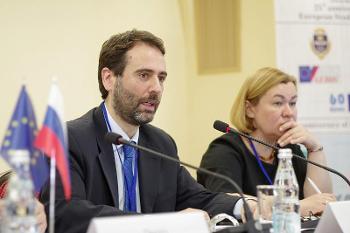 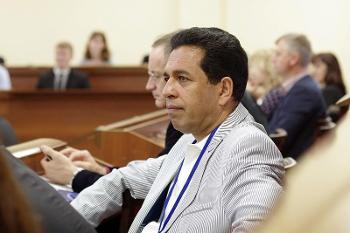 “VSU is an example of close collaboration between a university and the EU. It is one of the leading universities that implement EU initiatives.” “20 Erasmus+ projects, 4 academic collaboration projects aimed at the improvement of curricula, academic exchange programmes – figures tell for themselves,” – said Luis Portero, the head of the Department of Economics and Trade of the European Commission to the Russian Federation. He also talked about the foundation of the EU following the WWII, about its present state and future prospects. He emphasised that the future of the EU is hard to imagine without a developed partnership with its big neighbour, Russia. He also talked about the role of the EU for its member countries, its problems, such as national ego, xenophobia, political turbulences, and terrorism, and presented several versions of further development of relationships between the EU countries.

David Gorman, head of the Eurasia Programme of the Centre for Humanitarian Dialogue (Geneva, Switzerland), talked about international mediation in the changing world.

“Our mission is to resolve armed conflicts all over the world. When official diplomacy fails, we suggest original solutions and give professional advice. Our goals are to decrease violence, improve the standards of life, and develop international rules that will make it easier for various countries to cooperate.” 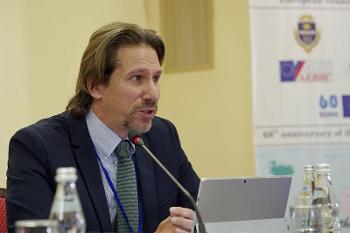 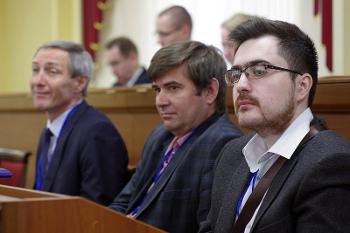 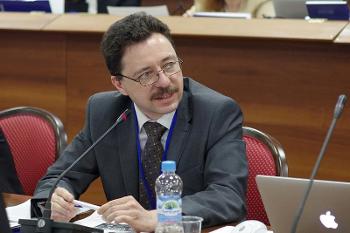 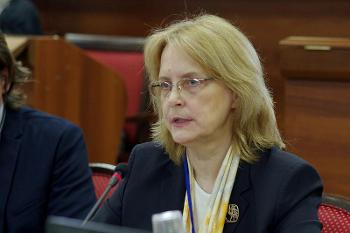 Mr Gorman gave a very interesting statistics on economic, technological and innovation development in various countries, as well as on the environmental situation in the world. Olga Butorina, the deputy director on research of the Institute of Europe of the Russian Academy of Sciences and the vice-president of the Association of European Studies, made a report on “Social and economic inequality in Europe – new aspects of an old problem”. She talked about the challenges facing the EU economy now. The plenary session also included a report on the “Development of the European Union – the centre and periphery” by Nikolay Kaveshnikov, head of the Department of Integration Processes of Moscow State Institute of International Relations, and a report on “Changing transatlantic balance – Tramp factor” by Dmitry Danilov, head of the department of European Security of the Institute of Europe and professor at the Department of Integration Processes of the Moscow State Institute of International Relations. 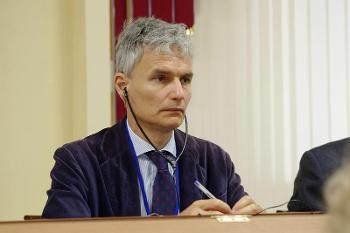 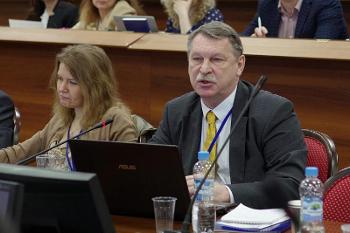 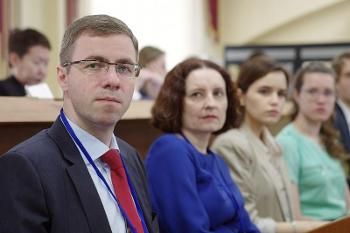 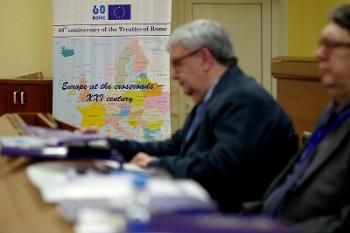 The conference was divided into two panels – “Europe – transformation problems” and “Russia, the European Union and the EU members”. Among the participants there were specialists from Moscow, Rostov-on-Don, Kaliningrad, Saratov, Nizhny Novgorod, Tymen, and Krasnodar.

The conference ended with reports by the President and members of the Association of European Studies concerning its activities, and the election of the president, the vice-president, and the administrative board of the association.