Our university is again among 1,000 best world universities according to QS

The results of one of the most widely recognized global university rankings by the British company QS (Quacquarelli Symonds) have been published. Voronezh State University is again among the top 1,000 best universities in the world. According to the results of QS World University Rankings 2017, VSU is 801-1,000 among the best world universities and 22nd out of 24 Russian universities.

The ranking is aimed at increasing the recognition of universities by multilateral organisations and making it possible to compare their achievements with other universities on the global market, including world class universities. The methodology of the ranking included such indicators as academic reputation (40%), employer reputation (10%), student-to-faculty ratio (20%), citations per faculty (20%), international faculty (5%), and international students (5%). 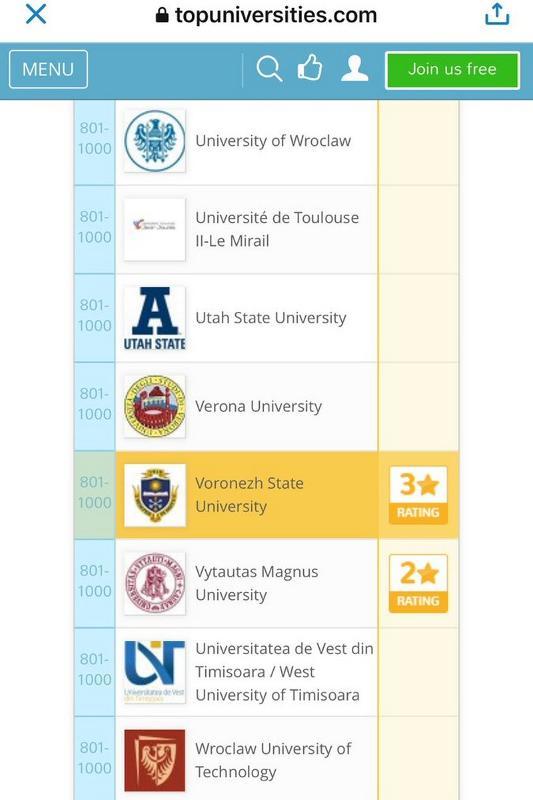