Falcons from VSU nature reserve to fly to Middle East

The nursery for carnivorous birds at Voronezh State University’s nature reserve "Galichya Gora" will supply falcons to Morocco, Qatar, and the United Arab Emirates. 60 birds from the VSU’s nature reserve will be delivered this September. Each specimen costs $200, including the delivery and the preparation of the necessary documents. Falconry is an old tradition and a part of the culture in Arab world countries. Falcons from VSU have been taught all the necessary hunting skills.

The Head of the nature reserve, Petr Dudin, explained that falcons breed once a year and then you need to prepare the juveniles for sale. Ornithologists from “Galichya Gora” train them, teach them to hunt, and “handle” the game. 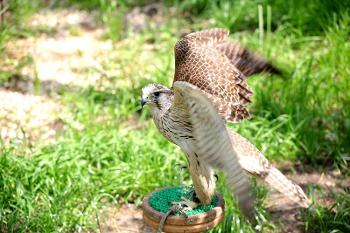 All in all, about 100 falcons were bred in the nursery in 2017. Some of them have already been delivered to Russian falconers.

“Delivery of hunting birds is our priority. However, it is not the only field of their application. Falcons can be used to scare pest birds in the areas where they can be dangerous: at airports and enterprises, in parks, and gardens,” said Petr Dudin.

It should be mentioned that the birds from the Galichya Gora nursery are well-known not only in Russia but also abroad. For example, in February 2014, in United Arab Emirates a saker falcon which had been bred in the nursery for carnivorous birds at Voronezh State University’s nature reserve "Galichya Gora" took first place in the international falcons’ championship organised by the Department of Tourism and Commercial Marketing of Dubai. 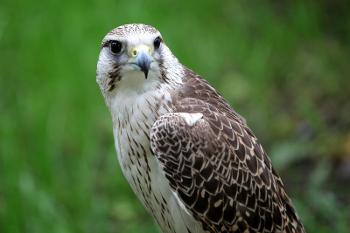 Galichya Gora is the smallest and the only nature reserve in the world belonging to a university. Its history goes back to 1925. First, it was a part of the Yelets local history museum. In 1936, “Galichya Gora” was handed over to Voronezh State University. Since then, the flora and fauna of the area have been extensively studied. In 1990, a nursery was created for carnivorous birds registered in the Red Book of the Russian Federation. One of the reserves objectives is to renew the natural populations of these birds by reintroducing hand-reared birds. At present there are saker falcons, peregrine falcons, imperial eagles, golden eagles, and other species at the nursery. From 5 to 20 falcons are released into their natural habitats every year. The old Russian tradition of hawking is gradually being revived at the reserve.