On 23 October, the title of the Honorary Doctor of Voronezh State University was awarded to Michael A. Popp, chair of the board of Bionorica SE. The ceremony was attended by the students and staff of VSU, as well as Alexander Schukin, Head of Voronezh Health Department. 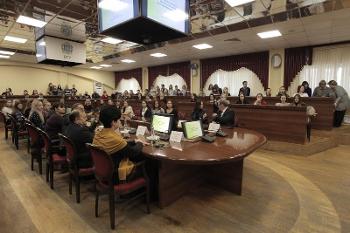 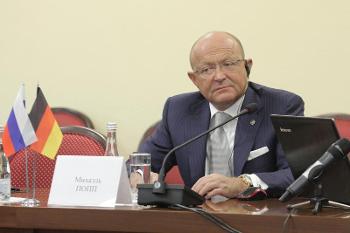 In his welcome speech, rector Dmitry Endovitsky talked about the long history of partnership between our university and German universities, some of whose members are Honorary Doctors of VSU as well.

“In July, we opened the construction site for a plant by Bionorica SE in the Maslovsky industrial park. This demonstrates that the company’s administration is willing to cooperate with the business community in Voronezh”, – said Dmitry Endovitsky.

In July we also signed a partnership agreement with Bionorica SE. Among the priorities of the cooperation will be implementation of joint fundamental and applied research projects. Mr. Popp invited our researchers to come to Germany in November, so that they could see how specialists are trained there and how the industry is organised.

Our university and Bionorica SE have one more major project to implement – they are developing a joint master’s degree programme “Industrial Pharmacy”, which will be enhanced by practical courses presented by Bionorica SE specialists. The aim of the programme is to train specialists for the medical industry. 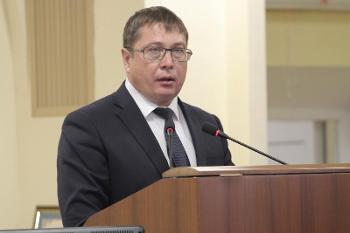 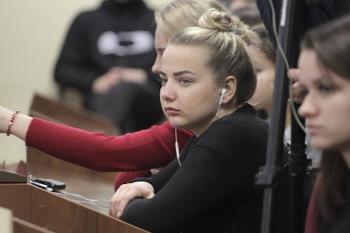 “This is going to be one of the first master’s degree programmes in Russia that will allow its graduates to work at pharmaceutical industries. It is a very difficult project, but together with Bionorica SE we will manage to finish it”, – said Dmitry Endovitsky.

After his speech, the rector presented Professor Popp with the gown and diploma of honourable doctorate of Voronezh State University. The decision to award Michael A. Popp with the honorary degree was made on 29 September by the Academic Council of the university. 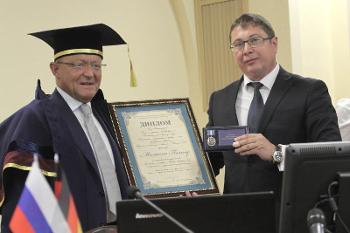 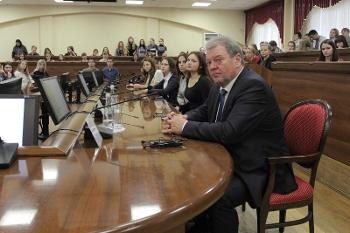 After the ceremony Professor Popp gave a lecture on “Traditional and Evidence-based Phytopharmacy” and answered questions. 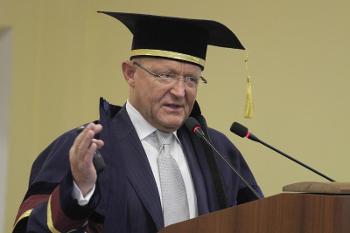 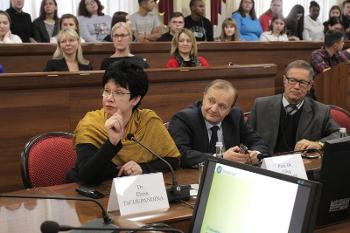 Michael A. Popp also had a meeting with Dmitry Endovitsky, where they discussed further partnership prospects. They decided to develop a road map that would mark the major areas of cooperation. 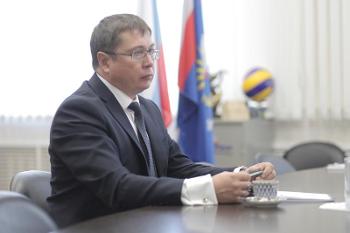 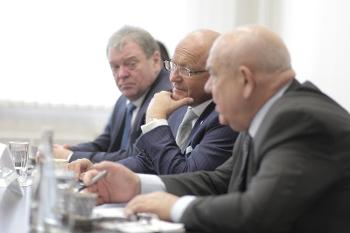