VSU at the international forum on open innovations

The 4th international forum “Open Innovations – Digital Economy. Global Transformation Challenges” was held at the Skolkovo science park between 16 and 18 October. This year the forum set a new record – it gathered 18 200 participants from 98 countries. Each day of the forum was dedicated to a specific topic – business, state, or society, with the total number of 650 speakers. Voronezh State University was represented at the forum by a delegation including Alexander Khvan, Head of VSU's innovation business incubator. The delegation was headed by Andrey Revkov, the first deputy chairman of the Government of the Voronezh Region. 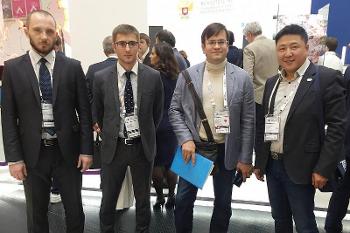 The participants of the public talk “Augmented Humanity. Superheroes Change Our World” discussed the future of robotics and cybernetics. Professor Hiroshi Ishiguro, a famous Japanese robot technician, demonstrated an android that welcomed the audience. “Robots will be part of our life. We already start using robots for everyday purposes. But we cannot create a human-robotic society yet”, – said Professor Ishiguro.

The participants of the talk show “Digital = Public. Technologies for Culture” talked about their own experience of using modern technologies and solutions in the cultural sphere. Dmitry Stepanov, PR and Advertising Director at Yandex, told the audience about the technological platform called “A large museum”, whose beta-version will be launched in December 2017.

Our delegation met with colleagues from other universities at the exhibition held by the Ministry of Education and Science. They discussed partnership prospects and took part in various workshops and round table discussions concerning the problems of innovation development in Russia and abroad. 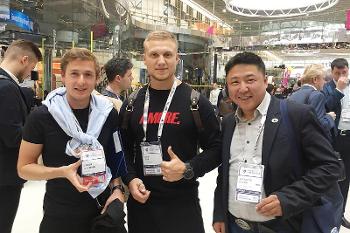 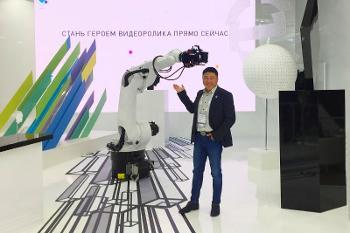 “This year among the speakers there were a lot of young entrepreneurs from Russia who implemented their projects in other countries. Our university, in its turn, is actively promoting innovative activities and is willing to become a platform where young successful entrepreneurs could share their experience. We have discussed with the Government of the Voronezh Region the importance of such communication for enhancing the entrepreneurial activity in the region. Based on the experience of our colleagues in the Silicon Valley and other well-known technological centres, we could probably develop such an environment where innovators from abroad, along with our own entrepreneurs, could achieve their goals and be successful”, said Alexander Khvan.