Our students in the semi-final of the world programming championship

The quarter-final of the programming (ACM) world championship for student’s teams took place at Chernyshevsky Saratov National Research University. 73 teams from the southern region of Russia were selected after the qualifying round. Voronezh State University was represented by five teams consisting of students of the Faculty of Applied Mathematics, Informatics, and Mechanics and the Faculty of Computer Sciences. 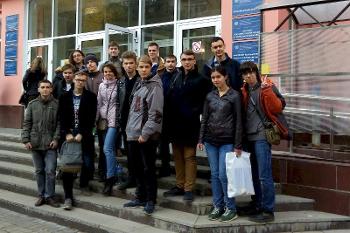 We congratulate our students on their success in the quarter-final and wish them great luck in the semi-final!