A regular folklore party was held at the Faculty of Philology of Voronezh State University. It was organised by the folk music group “Terem” supervised by Galina Khristova. 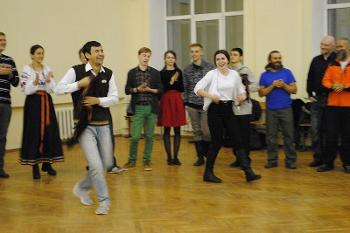 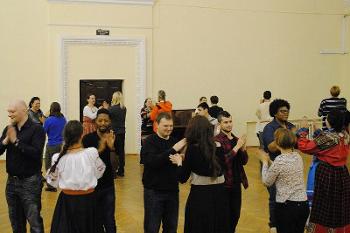 The event was held as a part of the project “Youth folk-club”. Among its participants were students from Voronezh universities, including international students of the International Education Institute of Voronezh State University, and lovers of Russian folklore. The programme of the event included traditional folk dances, games, and songs. 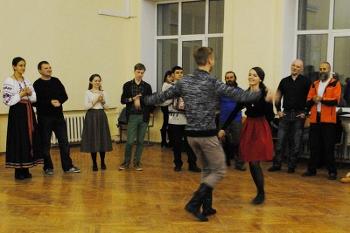 It is worth mentioning that VSU’s folk music group "Terem” has been implementing the social and cultural project “Youth folk-club” for two years. It holds Russian traditional parties for university students and fans of Russian national culture. 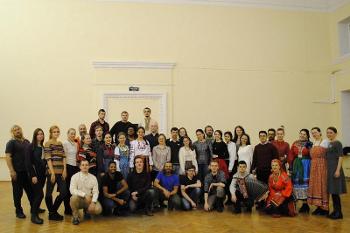 The main goal of “Youth folk-club” is to popularise national traditions and to introduce students to the authentic culture of the Voronezh region, to bring together the young people who are interested in national cultural values, and to interact with young people from other universities.