In December 2017, the Council of Europe in the field of higher education was created at the initiative of Education, Audiovisual and Culture Executive Agency of the European Commission (EACEA). It is comprised of eight representatives from partner countries. Alla Akulshina, the Director of the International Project and Programme Centre of Voronezh State University, became a representative of Russia in the Council. 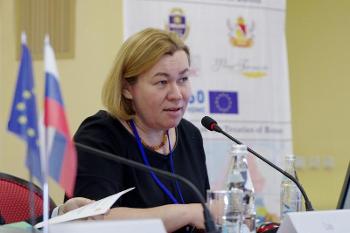 The first meeting of the Council took part in Brussels where the participants discussed the schedule for the upcoming year. It should be noted that the VSU’s 100th anniversary celebrations will also include the international conference “Strategy of Internationalisation of Higher Education: European and Russian Approaches” with the participation of European experts.