Chairmen of the Voronezh Duma, Vladimir Khodyrev, had a meeting with Voronezh State University’s administration – Rector Dmitry Endovitsky,  the Vice Rector for Strategic Administrative Management, Yury Bubnov, and the Vice Rector for Building Operation and Capital Development, Alexander Sokolov. The main issue discussed during the meeting was the reconstruction of the square in front of the Main Building. 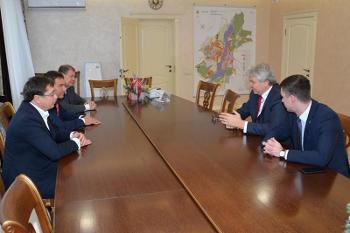 It is planned to create a park near the Main Building with the Walk of Noble Prize Laureates from Voronezh.

Dmitry Endovitsky said that it would be a great present for the university on its 100th anniversary. One of the laureates is a VSU graduate Pavel Cherenkov, who won a Nobel Prize in Physics in 1958. The rector said that the university would contribute to the construction of the park. The university can ensure Wi-Fi coverage in the park, and will take part in developing the reconstruction plan of the square in front of the Main Building and promoting such brands as “Voronezh – homeland of Noble Prize Laureates” and “Voronezh – the youth capital of Russia”. The park will be a leisure facility for students. 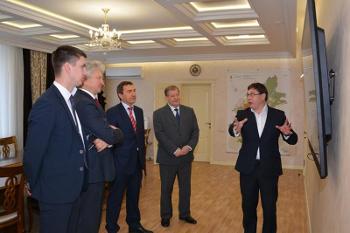 Voronezh is the home city of three Noble Prize laureates – a writer, Ivan Bunin, and two physicists, Pavel Cherenkov and Nikolay Basov. This makes Voronezh third city in Russia – after Moscow and St. Petersburg – by the number of world famous scholars.