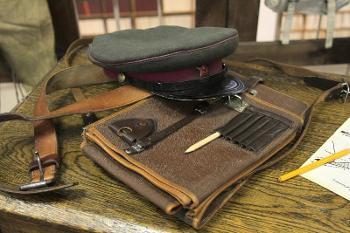 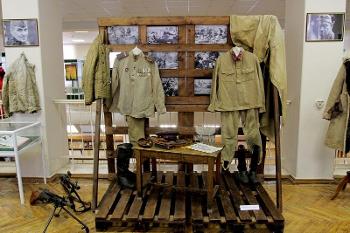 The exhibition attracted a lot of visitors – students and staff of the university. One of the organisers of the exhibition is Evgeny Ishutin, Head of the patriotic club “Nabat” and Head of the Coordination Council of Commanders of the Central Black Earth Region. He told the audience about the exhibits. They included reconstructed winter and summer uniforms of Soviet and German troops, machine guns, and authentic items such as shell casings, bombs, helmets, pieces of weapon, and soldiers’ personal belongings. Evgeny Ishutin invited the visitors to a reconstruction of the battle for Voronezh, which took place on 28 January at the Voronezh water reservoir esplanade, opposite the “Diorama" museum. 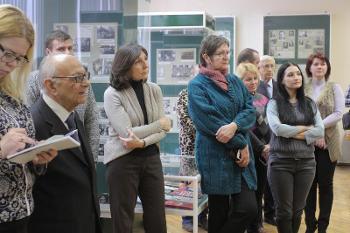 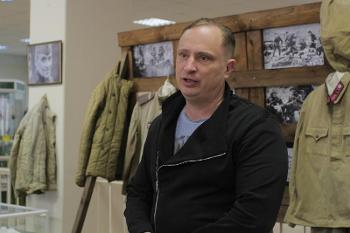 “Voronezh was one of the 15 cities in the Soviet Union that suffered the severest destruction. The restoration of the city was estimated to take at least 50 years. However, Voronezh was completely restored by the 1960s and has been one of the most beautiful cities ever since,” – said Oleg Grishayev, Vice-Rector for Student Affairs and Social Development. 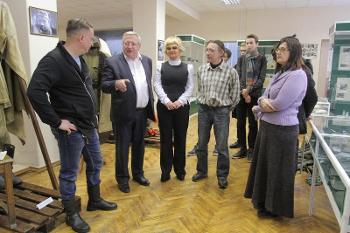 At the opening ceremony the audience was also welcomed by Ludmila Vladimirova, the chair of the Trade Union Committee of VSU, and the rector's councillor, Vladimir Listengarten. They talked about the importance of the victory of the Soviet army, and the heroism of those who defended Voronezh and fought for its freedom. 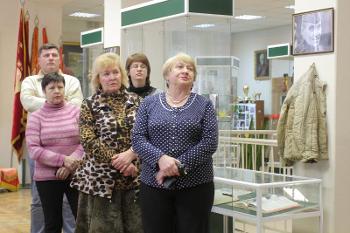 “You all know that from the first day of the war, students and teachers of our university worked hard to help the army. Voronezh State University survived the severest years and was one of the first universities to be revived in the city after the war. VSU students and staff participated in the rebuilding of our city, and worked hard to revive science and higher education,” – said Vladimir Listengarten. 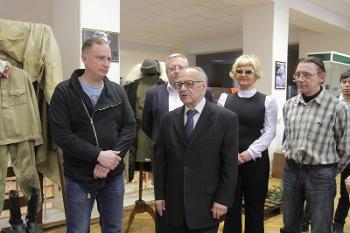 Among the exhibits are also photos by Vladimir Chernov demonstrating the interesting job of the people who reenact the events of the Second World War. The exhibition creates the atmosphere of the battles and victories of the Soviet army, and gives its visitors an opportunity to see the command staff of both Russian and German troops. 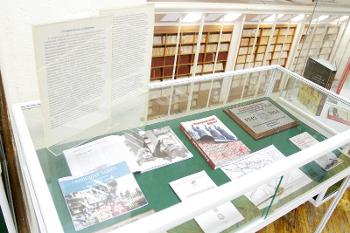 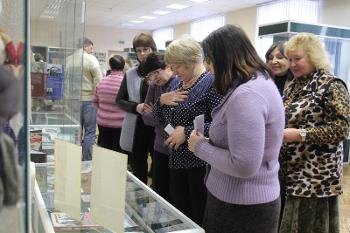 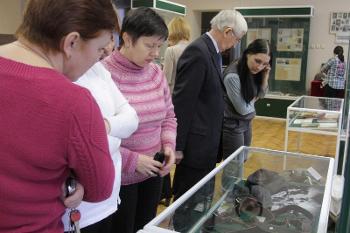 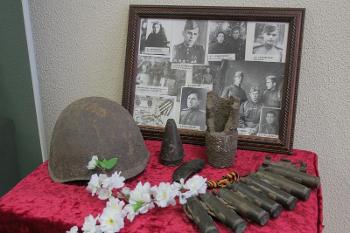 The book section of the exhibition houses 5 displays of various books from the VSU library: monographs and encyclopaedias, war memoirs, books about Voronezh and Voronezh State University during the war years, and fiction paying tribute to the heroism of the soldiers and citizens who restored their home city. The exhibition also contains issues of the VSU newspaper, which was called “For Scientific Staff”, but these days is called Voronezh University.

At the end of the ceremony Evgeny Ishutin presented Voronezh State University with a medal “75 years. For the Liberation of Voronezh”. VSU was the first to receive the award. 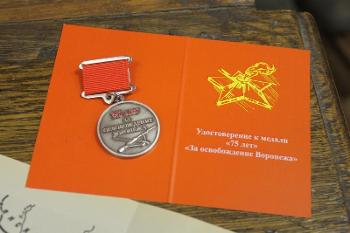