Famous animator Robert Lence: ‘You must be a high-level professional if you want to be successful’

On 21 February, an outstanding and world famous animator, Robert Lence, paid another visit to Voronezh State University and shared his professional expertise with the university’s students. It was his second visit to VSU and Russia.

‘For the university this meeting is very important and timely. The lecture is not only dedicated to the history of animation and the process of creating animated films, it covers such issues as management and production setup,’ said the Vice Rector for Research and Innovations, Vasily Popov. 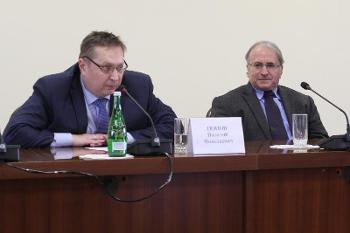 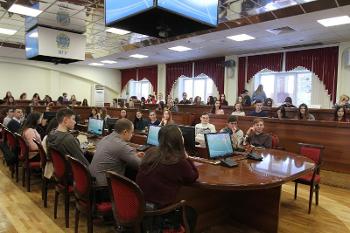 After Vasily Popov’s speech, Robert Lence welcomed the audience who gathered in the conference hall of Voronezh State University and wondered which of them had attended his lecture in 2015:

‘I hope that some episodes and interesting moments from my life will be helpful for you when you build up experience of your own. This year it will be 30 years since I started working in animation. I have tried a number of professional roles’.

Robert Lence is known as a director, scriptwriter, animator, production-designer, photoscript director, and visual designer. He has worked for such studios as Walt Disney Animation Studio, Pixar, and DreamWorks. Now, Robert teaches the history of animation at the California Institute of Arts, Universidad ORT Uruguay, and other universities around the world and collaborates with various animation studios. He owes his success to perseverance, a desire for knowledge, and hard work. 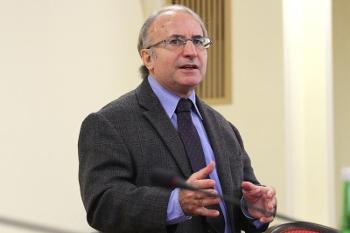 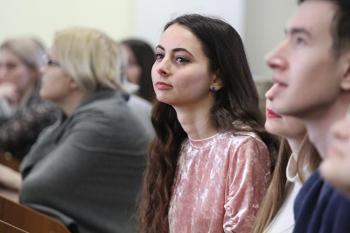 Robert Lence said that he has been interested in painting, art, and anything related to animation since childhood. However, unfortunately, his first job had nothing to do with art because his family considered the career of an animator too difficult and not very serious. When he understood that he needed to do what he really liked, Robert Lence started drawing regularly and attended animation classes at the University of Michigan. One day, the dean gathered all the students in a big room and gave a speech in which he mentioned that 99% of them would not be able to find a proper application for their knowledge and skills. These words made Robert feel angry and he promised to himself to become this 1% and prove the dean that he was wrong. In the same speech he heard that those students who wanted to have a career as an animator had to continue their education in the California Institute of Arts where the Walt Disney animation school had been set up. Robert Lence submitted his application but it was turned down. After that he worked in a fast food restaurant where he earned a living. And in his free time, he drew. And one day he heard “You’ve been accepted for the course”. But, ironically, he did not have the money to pay for it. Robert spent two years saving money for the programme. Thanks to his first cartoon “Simon”, a story of a lonely boy who was different from the people around him, he got an invitation to do an internship at the Walt Disney studio. That is when his childhood dream came true and it was his gateway to the world of animation. 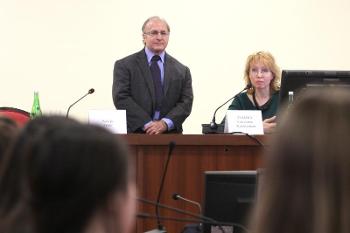 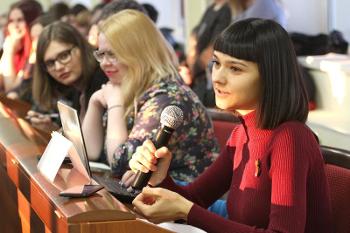 After that he was actively involved in the work on such cartoons as “Beauty and the Beast”, “The Lion King”, “Toy Story”, “A Bug's Life”, “Shrek”, “Home on the Range”, and many others. Animation gave Robert a chance to travel all over the world and make friends in various countries.

The honourable guest answered questions from the audience and gave recommendations to those who also wanted to get a job they would love and find their way in life:

When answering a question from a student who is studying languages and dreams of translating animated films professionally, Robert advised to find professionals in this area and get in touch with them:

‘Of course, some of them will refuse. However, one person out of the 10 whom you write to might agree to talk. You must find a person who can help you get closer to your goal. Remember that you will need to be fearless, courageous, and motivated. If you really want it, you will find that person and get what you want’. 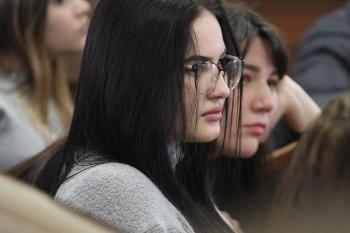 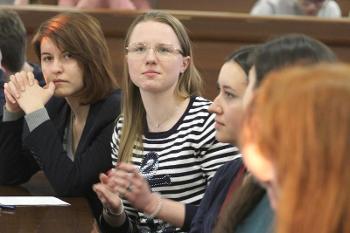 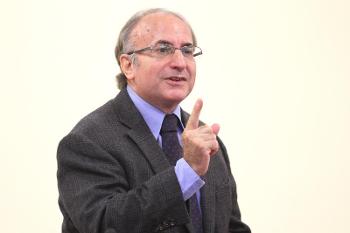 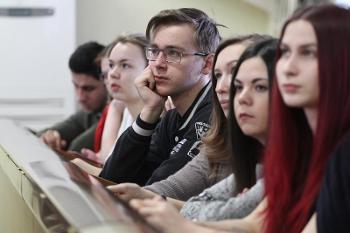 For a number of years, Professor Lence has been involved in cooperation with the Voronezh studio "Wizart Animation". In his speech he said that every new project of the studio is a new achievement and the team is at a high ebb.

‘I only work with people who are dedicated to their job. I am sure that Wizart has a very bright future in front of them,’ said Robert Lence.