On 26 April, the Vice Rector for Building Operation and Capital Development, Alexander Sokolov, and student activists planted rare species of trees in Koltsov park. The provisional governor of the Voronezh Region, Alexander Gusev, heads of the regional departments, and representatives of the business community also took part in the event. 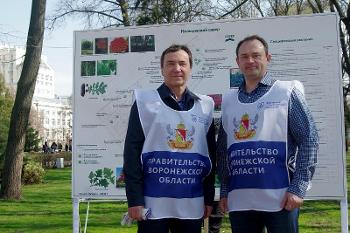 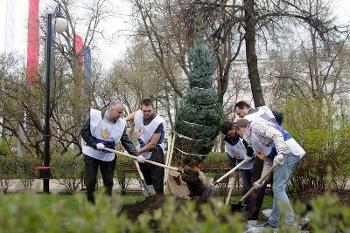 Voronezh Koltsov park is a natural monument of regional relevance and is one of the most beloved recreation spots of Voronezh citizens. The update of its conception was conducted as a part of the joint project of the Department of Natural Resources and Ecology of the Voronezh region and VSU and was dedicated to VSU’s centenary. The park has the profile of a dendrological natural monument, that is why it was decided to continue developing it as a dendrological park. Now it has 22 new rare species of trees.

The new conception of Koltsov park was developed by the chair person of the Association of Arborists of Great Britain, acting consul of the Academy of Arborists, Iago Kin. He explained that when creating the project he drew inspiration from the “natural” poetry of Alexei Koltsov. The planted trees grow in a natural environment. The author of the project wanted to present in the park as many different trees as possible. That is why he decided to look for them abroad. Nursery plants were brought from Belgium. Iago Kin explained that the concept of development was supposed to demonstrate the idea of international cooperation. Iago Kin said that he did not want to drastically change the image of the park. He rather wanted to improve it. 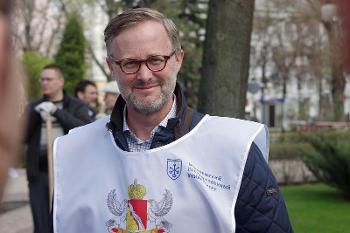 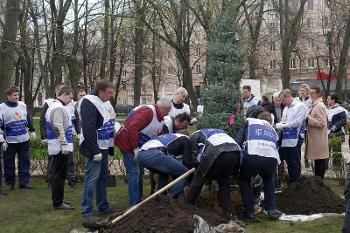 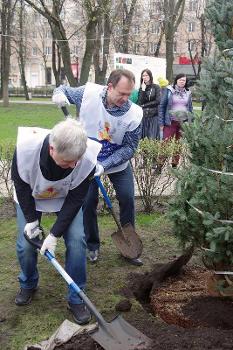 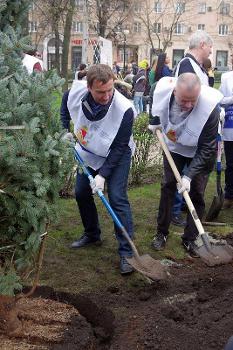 All in all, 42 trees were planted in the park.

During the event, Alexander Gusev had a chance to talk informally with students from VSU. He asked activists which areas had to be developed in the Voronezh region to make young specialists want to stay in the city and have good employment opportunities.  Dmitry Endovitsky had already discussed the idea of holding a conference between universities where students could express their opinions and talk about priorities. Such an event will be an efficient way of receiving feedback from young people. 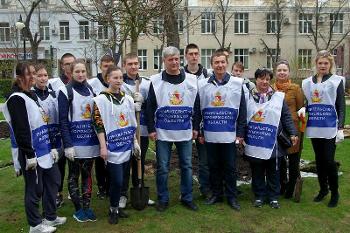