The conference was opened by the President of the Russian Federation, Vladimir Putin. Among other participants of the meeting were Assistant to President, Andrei Fursenko, the Minister of Education and Science, Olga Vasilyeva, and the President of Russian Academy of Sciences, Alexander Sereyev. The participants of the meeting included about 600 rectors and presidents of Russian universities and rectors of universities from abroad: Azerbaijan, Armenia, Abkhazia, Belorus, Jordan, Iran, Kazakhstan, China, Lebanon, Transnistria, Slovenia, South Ossetia, and Japan.

“Today, I suggest discussing the goals of higher education at the current stage and to share opinions: what universities can do and should do to drive Russia forward to a technological breakthrough, about which we have been talking a lot recently. We already can see the pay-off and first of all it is thanks to the increasing contribution of universities to the development of the scientific knowledge, to the creation of new technologies, to the implementation of projects of various level – national, regional, municipal – and their support with qualified specialists,’ said Vladimir Putin at the beginning of the meeting. 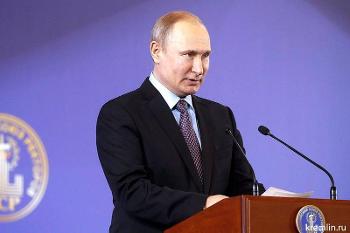 He pointed to the real achievements of the national school of higher education, which is a sign of ongoing changes. Their dynamics should certainly grow.

‘Communities of people captivated by the ideas of technological breakthrough should form around institutions of higher education. That is why I believe we should create regional models of interaction between innovators, technology intensive companies, and enterprises. Of course, we can also do it in universities,’ said the Head of the state.

According to Vladimir Putin, a real university not only provides students with knowledge and skills, but also trains specialists who can form the intellectual, scientific, and technological agenda for the development of the country as a whole. ‘We should encourage the aspirations of postgraduate students to create and introduce their own projects. Universities can create project teams that are capable of engineering complex engineering and technology systems.’

In his speech, Vladimir Putin touched on a number of urgent problems. For example, issues regarding postgraduate studies, state support of promising graduates and young scientists, students’ start-ups, and a programme for construction of halls of residences. The president set the goal to considerably increase the level of the education in Russia in the nearest future. He confirmed that the government is going to continue the support of universities which are involved in active and fruitful research. ‘Russia needs powerful universities that look to the future. That is the only way to reach a breakthrough in the national development,’ said the president. 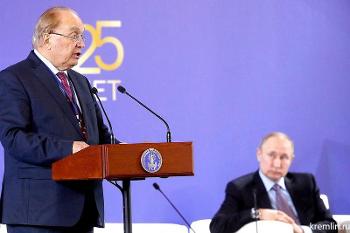 ‘The digital economy brings changes in the format of education. We have to improve the system of education at all levels – from schools to institutions of higher education. The philosophy and ideology of education are experiencing revolutionary changes. What do we need to teach? Sometimes we do not know which knowledge and which skills our students will need in the future. They belong to the generation Z which has adapted well to the modern technological environment since their childhood. Obviously, we have to provide them with the fundamental knowledge which will help them in their jobs of which we know nothing at the moment. Those are absolutely new tasks in the area of education and career guidance. The main thing is to teach them to learn and to teach them to think. The main thing is fundamental knowledge,’ said Viktor Sadovnichy.

The conference had 5 sub-forums. On the agenda there were issues of the development of the uniform education environment, the formation of the strategy of science and technology development of Russia, interaction between universities, schools, and the society, and international aspects of activities of Russian universities. The Rector of VSU, Dmitry Endovitsky, moderated the sub-forum dedicated to international activities of universities. 14 reports were presented at the event and the results of the sub-forum were reported by the rector of VSU at the plenary session. 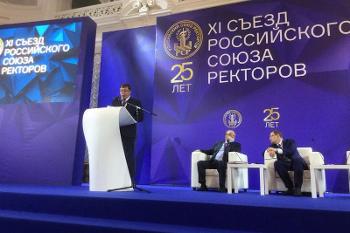 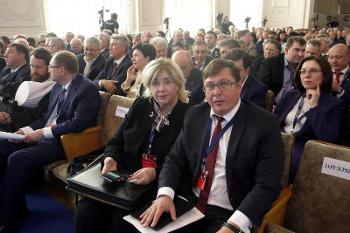