Between 12 and 15 December, the Faculty of Romance and Germanic Philology held the international scientific conference “Linguistic Picture of the World Reflected in Translation”.

It was dedicated to the centenary of Voronezh State University and the 25th anniversary of cooperation between VSU and French universities, the Institute of Oriental Languages and Civilizations (INALCO) and ESIT School for Interpreters and Translators. The French Embassy in Russia was actively engaged in the organisation of the conference. It also provided a grant to Tatiana Bodrova, a famous simultaneous interpreter, specialist in the interpretative theory of translation, and the Director of the ESIT School for Interpreters and Translators (2011–2015), which she used to come to Voronezh. 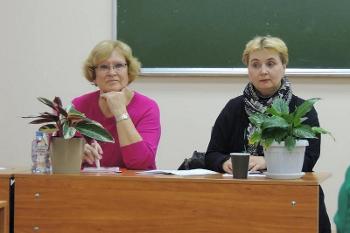 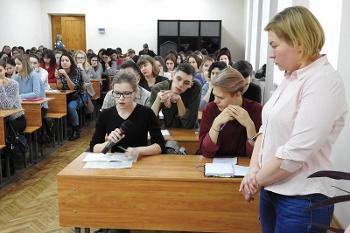 The event started with a welcoming speech by the vice-rector for Research and Informatisation, Vasiliy Popov, the Dean of the Faculty of Romance and Germanic Philology, Olga Boriskina, and attaché for cooperation in the area of the French language at the French Embassy in the Russian Federation, Claudine Mocnik. They spoke about the long lasting fruitful cooperation between VSU and French universities and emphasised the importance of such international scientific conferences for the exchange of professional experience and knowledge.

The programme of the conference consisted of plenary and penal meetings and a four-day seminar by Tatiana Bodrova. The seminar included master classes in simultaneous and consecutive interpreting from French and English, a round table discussion “Professional Training of Interpreters and ways to Enhance it”, individual consultations, discussions, exchange of opinions on issues of methods used to teach interpreting and translating. Also, a further training programme was held during the event.

The conference “Linguistic Picture of the World Reflected in Translation” attracted a lot of attention among specialists in the theory and practice of translation from Russia and abroad. Among its participants were over 130 people from Russia, France, Moldova, Mexico, Iraq, Abkhazia, and Uzbekistan. Russian participants of the conference came from different parts of Russia: reports were presented by colleagues from universities of Moscow, Nizhny Novgorod, Volgograd, Astrakhan, Ivanovo, Kursk, Pyatigorsk, Belgorod, Taganrog, Tula, Ufa, Chelyabinsk, and Voronezh. Among the participants were professors and associate professors, university lecturers and school teachers, postgraduate students and practising translators and interpretors.

As usual, the reports of the participants demonstrated a high level of research and impressive achievements in the area of didactics of translation.

Tatiana Bodrova held highly intensive and professional master classes in the most difficult interpreting activities: simultaneous and consecutive interpreting. She demonstrated the unique teaching method which has been used by the ESIT School for Interpreters and Translators. She also praised the high professionalism of the most active participants of the master-classes, associate professor Svetlana Lukina (English) and lecturer Evgenia Lapayeva (French), as well as undergraduate and postgraduate students learning English and French. 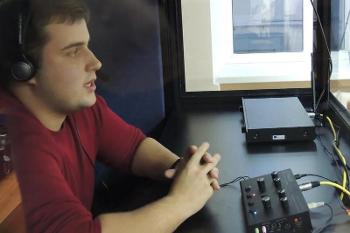 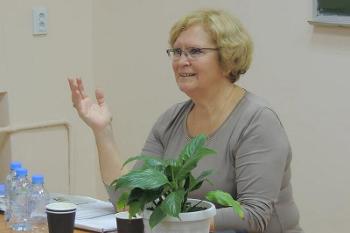 The round table discussion held by Tatiana Bodrova also attracted a lot of interest among colleagues from Russian universities. She talked in detail about the results of the fruitful cooperation between VSU and the ESIT School for Interpreters and Translators implemented by the Head of the Department of French Philology, Professor Elena Alexeyeva and Professor Natalia Fenenko. The cooperation areas include translation of works by ESIT scientists, training of interpreters and translators with the help of adapted ESIT methods, joint publications, training seminars, and internships.

During the conference the staff of VSU library organised an exhibition of scientific works by the academic staff of the Faculty of Romance and Germanic Philology.

Materials of the conference will be presented in a collection of articles and a multi-authored monograph. 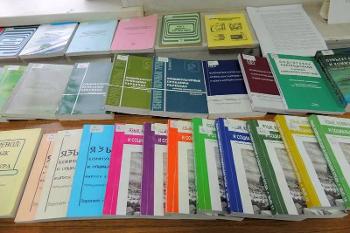 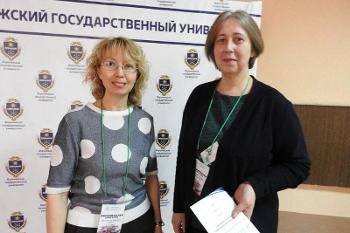