On 24 January, VSU's History Museum opened a new exhibition “The city that did not surrender – the Day of Voronezh Liberation”. The museum also held a round table discussion dedicated to the heroism of the city's defenders back in the years of the WWII, and a photo exhibition dedicated to the liberation of the city from Nazi invaders was opened in the hall of the main building. The photos were taken by the members of the university's photo club 1/100.

The museum's exhibition is dedicated to the history of Voronezh and the university during the war, as well as to the modern historic reconstruction movement. The items on display are summer and winter uniforms of Soviet and German troops, machine guns, and rifles, as well as authentic items of those times.

The rector of VSU, Dmitry Endovitsky, opened the ceremony. Head of the patriotic club “Nabat” and Head of the Coordination Council of Commanders of the Central Black Earth Region, Evgeny Ishutin, and member of the club “Voronezh Frontline”, Evgeny Soloviev, talked about the items of the exhibition, uniforms and armament of Soviet and Nazi soldiers who fought in the Voronezh Region. 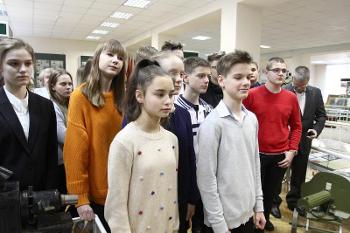 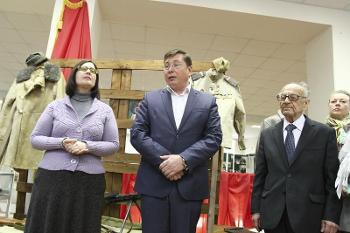 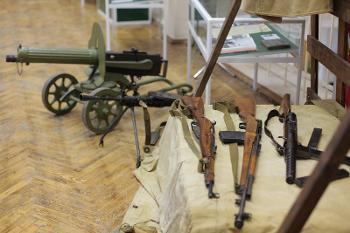 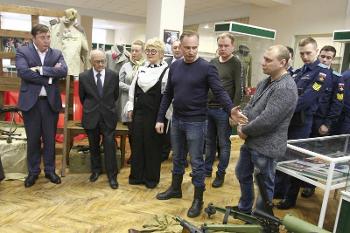 The visitors could hold the weapons and try on the uniforms. The round table discussion started with the presentation by Victor Shamray, a senior lecturer at the Faculty of History and one of the leading experts on the history of the Voronezh Region in the time of WWII.

The next speaker, Evgeny Ishutin, talked about the reconstruction movement and the way they try to reproduce all the detail of that time using the data they find in war memoirs and scientific papers. The discussion that followed was participated in by historians and employees of history museums of Voronezh universities. 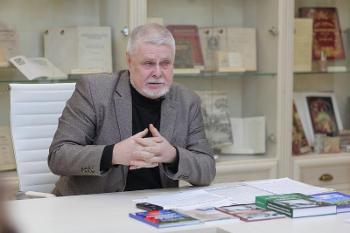 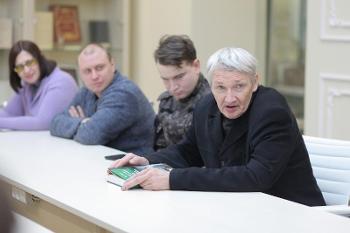 Among the guests of the exhibition and the round table discussion were students from Voronezh State University, Voronezh State Agricultural University, and the Air Force Academy, members of the Youth Council of the Voronezh Duma, Alexey Kudyakov and Leila Suleimanova, journalists, members of the patriotic club “Nabat”, pupils of the Koltsov gymnasium, and citizens interested in the history of WWII. 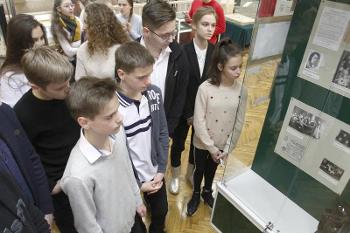 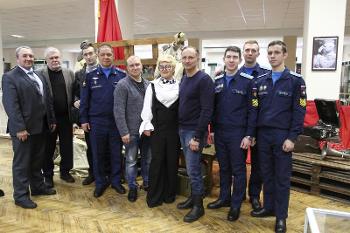 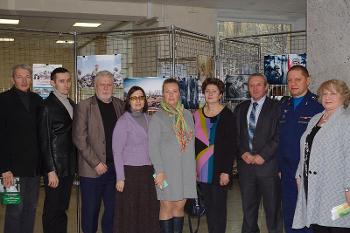 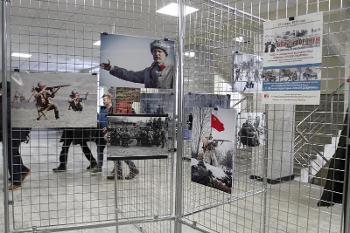