Students complete internships in Turkish universities for the first time

In 2017, Voronezh State University signed a number of cooperation agreements with Turkish universities. As a result VSU was included in the Turkish programme of academic mobility “Mevlana”. In 2018, students from the Faculty of International Relations completed the first internship in Turkish universities.

Farshedi Shamsiddin studied at the Faculty of Political Sciences and International Relations at the University of Marmara (Istanbul, Turkey). This university is recognised as one of the most prestigious in Istanbul. Among its honourable graduates are the Turkish President Recep Tayyip Erdoğan, the Turkish businessman Aydın Doğan, and others. The student shared his impressions about the internship:

“Student exchange programmes are a valuable experience which lets you know more about your area of research. What’s more, it’s a wonderful opportunity to meet representatives of other countries. 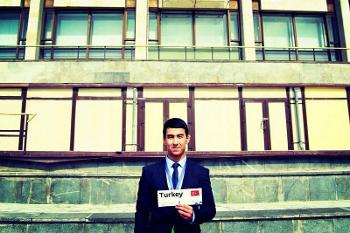 I spent the first two weeks at the university filling in different forms and solving organisational issues. We had to prepare the documents, which is a difficult process for any student. Yet, I can say that the administration of the host university was really helpful. In Istanbul students are entitled to various discounted travel and museum cards and discounted cards for the students’ canteen. Before they start the programme, the students are given their syllabus, timetable, description of the evaluation system, and a list of tasks. You use the university website to enrol on the course. You can also find materials for the courses there. All classes were in English. At first, I chose 6 courses, but since some of the courses were limited entry, I could only do four of them. All of them were to do with politics and international relations. Some courses involved presentations and discussions with students. During the classes, we worked in groups and gave reports and presentations.”

A student from the Faculty of International Relations of Voronezh State University, Arina Andreyevskaya, also did an internship at a Turkish university. She studied at Akdeniz University (Antalya, Turkey).

“From the very beginning, when I entered the Faculty of International Relations at VSU, I wanted to take part in an exchange programme one day. Certainly, it is an invaluable experience for anyone to spend a whole term in another country. It gives you a chance to develop and test yourself. Akdeniz University has a huge territory with 26 faculties. There are free buses between buildings which makes travelling much easier. I studied at the Department of Foreign Languages. Although it was not my specialisation I tried to take as much as I could from this experience.”
According to Arina, most information at Akdeniz University can be found on its website. However, some papers are in Turkish which makes it more difficult to work with resources.

“Turkish education techniques are much different from Russian. First of all, the Turkish system stimulates students to “dig up” knowledge. Teachers only give 40% of the necessary information and the rest 60% has to be studied independently. Teachers are very loyal to students and most classes take the form of a game. There are no colloquiums or tests, knowledge is tested in a quiz format. Final results do not only depend on final exams. Students get points for attendance, mid-term exams, the final test and a creative task (it can be a diary, a film, a lesson for children, etc.). During the term, I had to keep two diaries. The first one was the diary of my personal experience as an exchange student. And the second was dedicated to various essays on topics which the teacher published each week on the website. At the end of the English literature course, all students had to work in a group and make a film on one of the books. My group chose “Beowulf” (an Anglo-Saxon epic poem). We only had 24 days to make a 15 minute film,” said Arina Andreyevskaya. “In the four months that I spent in Turkey, I took part in many conferences, events, and meetings. Among issues that were often discussed were “Gender in the Contemporary World”, “Politics of the West”, “Geopolitics”, and others. There was also a special event for all international students “Evening of International Cuisine”. All students were given some money to cook the traditional dishes of their country.” 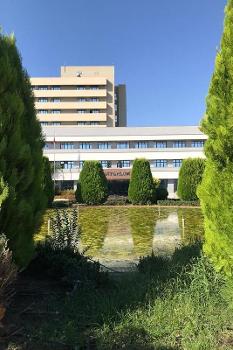 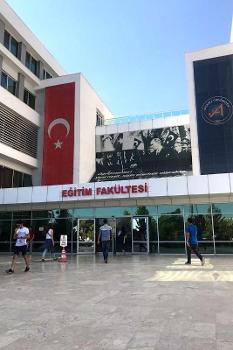